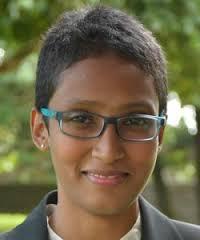 His words still resonate with us today.  Sir Seewoosagur Ramgoolam has left his imprint on our lives in ways we can only be grateful for. To the youths of my generation, I say this – the privileges we enjoy today are the fruits planted by our early leaders who were far-sighted enough to place our welfare at the center of their policy agenda even as we were not yet a part of this soil. The rights we so jealously fight for, and rightly so, be it the right to quality education, equal access to healthcare, and the right to cast our vote and have our voice heard, amongst others – we are entitled to claim these rights today because our early leaders stood up for us at a time when our grandparents were illiterate and subdued. This 18th September, as we commemorate the 119th birth anniversary of Sir Seewoosagur Ramgoolam, it is apt to remember some of his very own words in Parliament, which beyond being remarkably eloquent, translate the vision of a man for his country and for his people.

All too often we tend to forget that not very long ago, the vast majority of people on this island were disenfranchised as a result of the imposition of property, salary, and education requirements to qualify as a voter.  SSR fought for universal suffrage with the conviction that “…in this century, every man and woman should have the right to vote…the time has come now when this right should be accorded to them so that everyone may be standing equally on this land.” To those of us who think that voting is a futile exercise, SSR’s words resound as a wake-up call that this right to vote should not be taken for granted. Each vote is an echo of our eternal quest to live with dignity and self-respect.

“…It is the life of the ordinary man and woman of this country who form the backbone, and who, after all, represent what is the prosperity of the island, that matters,” said SSR.   He also said that “those of us who have been elected by the people of this country to be the guardians of their own birthright should see to it that a powerful minority that has wealth and economic power at its disposal should not for ever frustrate the hopes and aspirations of the great mass of the people of Mauritius.” To those of our politicians who have turned the Parliament into a mockery of democracy, I hope these words will put you to shame and have you realize, all be it too late, what your role ought to have been each time you stood in that sacred place where we, as voters, thrusted you in.  Many of you chose your own prosperity over that of the “ordinary man and woman of this country”; many of you have over the years worn the mask of socialism, while giving wings to unchecked capitalism that has ripped apart the economic power of the “ordinary man and woman of this country”. These words are a reminder of the ongoing battle against economic inequity that the majority of our citizens still fight.

Back in the days, SSR made it clear that true democracy is but a vain rhetoric without economic empowerment of the “ordinary man and woman”.  At a time when wealth was heavily concentrated in the hands of a few estate owners, SSR said that  “…we should like, in any circumstances, to see that the distribution of wealth is such that every class of the population gets from the revenue that goes to the sugar millers and other persons in the sugar industry, his proper share.  There is not the least doubt in our mind that, for the time being, this distribution has been in operation so badly to the detriment of the working class and to the great benefit of those who have been riding over us for years and years and driving us into abject poverty for such a long time…” Such speeches were not aimed at breeding division, but rather at the political awakening of the mass. We live in different times, but many of these societal and economic challenges still persist. To those of our youths who harbour a deep disgust for politics, I hope you will see in these few words a reason to still believe that politics is a most valuable platform to create meaningful change.  Though illiterate, our forefathers had a sense of purpose that could not be damped.  Many of us educated youths have now incubated our comfort zone, and the temptation to simply seek our own individualistic pursuits is ever present.  SSR’s words remind us that we collectively bear the responsibility to weave the fabric for inclusive economic and social progress.

To the children of our land, I hope you will draw from these words the strength to fight your own battles as you move on in this world that can very often be cruel to the voiceless; and that following in the footsteps of Sir Seewoosagur Ramgoolam, you will also be inspired to brave  all the hardships that come your way and serve this country of ours with all your might. 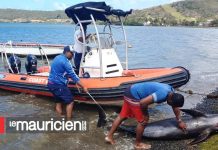 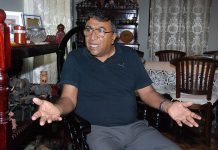