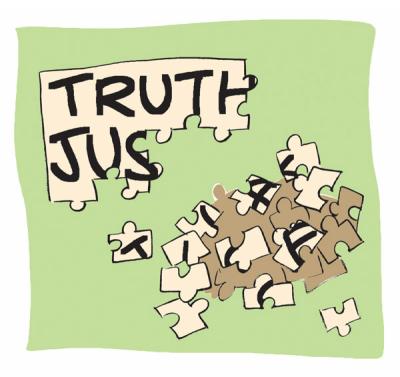 The Truth and Justice Commission, chaired by Professor Alex Boraine from South Africa, submitted its report to the government some months back. However, there has been very little said and done regarding the report and its recommendations. The Institute of Social Development and Peace (ISDP) and the Faculty of social studies and Humanities therefore organised a workshop on the theme ‘Advocating for Greater Justice : Findings and Recommendations of the Truth and Justice Commission Report” on the 13th of April.
The main objectives of the workshop were :
1. To familiarise the youth with the work carried out by the Truth and Justice commission.
2. To provide a platform for engagement and debates regarding the recommendations made by the commission and their implications for contemporary Mauritian society.
3. To provide the initial building blocks for advocacy work towards the adoption of the main recommendations and promotion of justice.
Presentations at the workshop and voices of the Youth
The panelists at the workshop constituted of the commissioners – Palma Veerapen, Jacques David, Benjamin Moutou, Vijaya Teelock – the Vice chair of the TJC. The discussants were Associate Professor Chan Low and Mrs Danielle Turner from the Nelson Mandela centre. Cassam Uteem, the Honorary President of ISDP made an opening address. These presentations are currently being compiled by the convenors (Azhagan Chenganna, Deepa Gokulsing and myself) of the workshop and would be made accessible to the public very soon.
The workshop programme also included UOM students. Some students made brief statements at the opening. These captured the mood and the thinking of the youth on diverse societal issues and topics that have been studied by the commission. It is often argued that the youth of the country do not know what they want. For instance the few protest marches organized by Mauritian youth in recent months, supported by those searching for some kind of innovative and inclusive politics, have often been criticized by some segments of mainstream society.
Public Intellectual Edward Said – A source of inspiration
Sitting in their comfort zones, often oblivious of the injustices around them, some people argue that the young are not organised and that they do not know what they want. It may be true that the youth of the country are not fully aware of how to mobilise for change, how to synergise, and how to put all their ideas into a coherent framework, but at least we should give them credit for recognising the injustices around them and interrogating them. In so doing they help to raise consciousness. The young people of the University of Mauritius who participated in the workshop expressed their views and concerns on a range of issues. The statements made by them highlight their angst, their naivete,, their refusal to get into a denial mode, their desire for transformation and change, their intolerance for injustice and their predisposition to support any initiative which promotes a more just society. These young people also participated in the recent protest marches, they may also, for now, be part of the larger group who remains insufficiently organised to bring about transformation but they have chosen to speak out. It seems that there is a growing realisation and acceptance of the idea that denouncing injustices should be part of the intellectual’s life. They may have been influenced by the great public intellectual Edward Said who noted that whenever and wherever there is injustice, it should be denounced and the street is no doubt an appropriate space for such action.
Calling for inclusive politics and advocating for greater justice
The students’ brief statements also remind us of the words of Nobel Laureate Amartya Sen, who in his well known book “The Idea of justice” notes :
“what moves us, reasonably enough, is not the realization that the world falls short of being completely just, which few of us expect, but that there are clearly remediable injustices around us which we want to eliminate”
These ‘remediable injustices’ are well captured by the students. The themes addressed by them include : the exclusion of the voices of the youth in decision making process, the racism and ethnic discrimination prevailing in Mauritian society, the opacity and speculation around the land question, the marginalisation of poor children and cross generational poverty produced by the schooling system, the excesses of capitalism and neoliberalism and deepening inequalities ; the absence of meritocracy. Their frustration is highlighted by one of them, stating that all she sees and hears around her is : “… LIES, LIES and LIES…” They admit that the Truth and Justice report has been an eye opener for them since they did not know much at all about the history of the country but more importantly they argue that many of the injustices of the past continue to pervade their lives, albeit in different ways. Their short pieces are reproduced here. 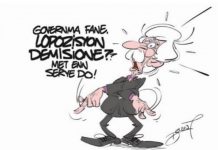 This Country is Going to the Dogs