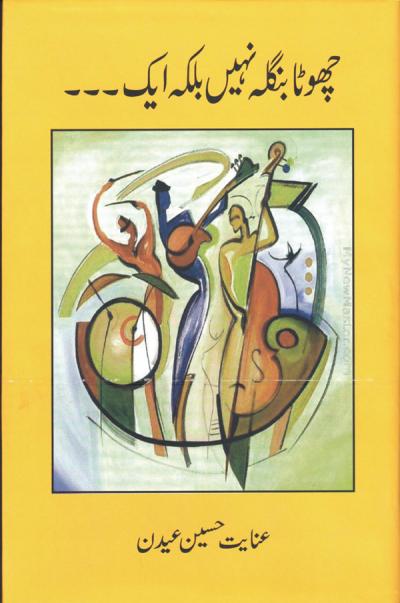 Enayet Hossen Edun, a veteran of Urdu literature in Mauritius, has added a new title to his series of publications by publishing a new book “Chota Bangla Nahin Balke Ek …..”.  His book is a compilation of ten short stories that reflect the ground realities of life in Mauritius and highlight the folkways, traditions and social evolution that has characterized the Mauritian society over the last six decades which the author has personally witnessed.
In the preface of the book, the author explains that he inherited the art and inclination for story-telling from his grand-father who used to assemble all the members of his family around him every night to narrate them stories that had been orally running generation-after-generation from his ancestors.  Most of the stories were taken from Alif Laila or inspired from the works of Maulana Rumi and they taught moral lessons.  In the olden days, majority of the Mauritians were illiterate and there were no radio and television to entertain them.  Therefore the oral tradition of story-telling was very popular.
The stories of Enayet Hossen pinpoint several social maladies such as the problem of old age, loneliness, Alzheimer, generation gap, digital divide, political opportunism, hijacking of ideas and projects, emotional blackmailing, religious pervertism and erosion of family ties.  The story “Chota Bangla Nahim Balke Ek ——“ narrates the problems of old persons who suddenly become social misfit once they attain the age of 60+.  Although government provides them with several social benefits, they have enormous difficulties in organizing their way of living.  The story unfolds in a village where a group of senior citizens with ordinary background tries to regroup themselves into an association in order to combat their loneliness.  The association comes up with a project of building a small bungalow at Mon Choisy so that old persons can find some shelter against sun and rain when visiting the seaside.  But very quickly the initiative is hijacked by a group of unscrupulous persons as well as political agents who manage to infiltrate into the association and use the project to gain self-publicity and political mileage.  The themes of old age and loneliness are also prominent in the stories entitled “Lawaris Qabar”, “Najo Khala” and “Nayab Tohfa”.
In the story “Karim Chacha”, the author laments how an owner of a rum shop uses subterfuges and wealth-power to manipulate the management committee of a masjid.  In another story entitled “Madrassah”, the author describes how a madresah had existed on a family land for three generations simply on the basis of an “oral will” bequested by an ancestor.  But in the fourth generation, the inheritor of the family land does not want to honour this “oral will”.  As the title deed of the family land does not make any mention of the existence of the madressah, the new inheritor uses this loophole to demolish the madressah and build a textile factory on that land.
The author, in his stories, tries to bring back several aspects of the local culture that have now disappeared.  In the story “Madrassah” he gives a brief account of jamma’at, an informal association through which the Muslims of the previous generations used to organize their community life.  In each village or town, the jamma’at was headed by a Sirdaar (president) who played an important role in keeping the members together and in motivating them in voluntary social works and mutual help.  The Sirdar was the one who would consult the interested parties to fix the date and time of nikah ceremony for weddings hosted by members of the jama’at.  He had to ensure that there was no clash of time for nikah in case there were more than one wedding on the same date.  It was mandatory for the members of the jama’at to participate in social events such as the organizing the logistics (tents, chairs etc) for the wedding at a member’s place, giving a helping hand to the bhandari  (the chef) in the preparation of the biryani, marking their presence in the baraat (wedding procession) and attending the nikah (marriage) ceremony.  And whenever there was a mayyat  (mourning) in the locality, it was the responsibility of the Sirdar to ensure that all the members of the jama’at were informed.  Once having got the news of the mayyat, it was obligatory for them to leave their work and rush to the home of the bereaved family, help in the logistics of funeral, carry the janaza (funeral) to the cemetery and attend the namaz janaza (collective funeral prayer).  Failure to attend any of the obligations related to wedding or mayyat in the jama’at was liable to penalties.  The jama’at was also responsible for the upkeep and operation of masjid and maddrassah of locality.
In “Najjo Khala” the author depicts how the Muslim gentlemen and nobility of previous generations used to dress themselves.  On auspicious occasions, it was customary for Muslim gentleman to wear Turkish caps, European style shirts, trousers and coats with pocket-watches prominently attached to one of the coat-buttons.  It was a fashion of elegance which has now faded away.
The new publication of Enayet Hossen Edun is in simple Urdu and makes an easy reading.  His previous publications have attained international recognition, especially in India and Pakistan.   In all his writings, he makes it a point to carefully weave the threads of inter-communal harmony that prevails in Mauritius. 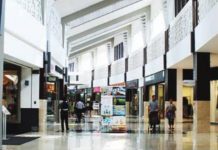