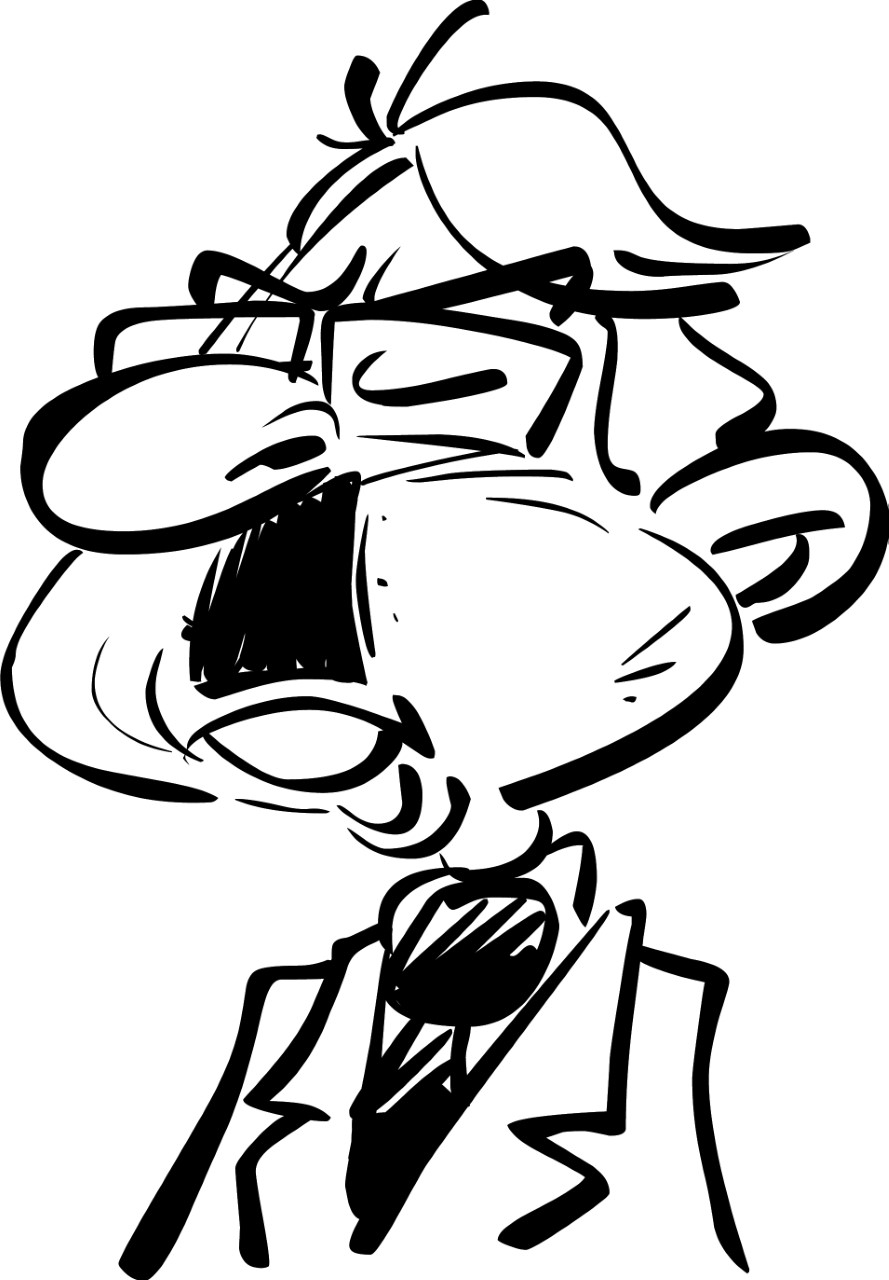 Political reigns since December 2014 have been soaked in chaos so much so that the better part of the mandates had an end of reign feel to them. The abrupt dismantling of the BAI has created ripples felt to this day, the ill-advised decision to halt the services provided by Betamax, the soiling of our institutions with nondescript political nominees and their subsequent gross mismanagement, the consolidation of the historic bourgeoisie with the smart city scheme and the MIC, incompetent ministers, vendetta attempts against opponents, futile spending sprees, the devaluation of the rupee, the terrible mess in law enforcement amidst corruption scandals have weakened the country.

In Mauritius, the mantra for electoral success is composed of divisions along communal and casteist lines, money politics, promises without regard for their economic consequences, a servile posture towards the ruling class, and the pimping of religious events into public meetings. Mauritians have fallen prey to this time and time again. In 2022, one of the most worrying features remains the sway of populism over Mauritians. While members of the governing alliance have indulged into it wholeheartedly, former MPs and Ministers with tarnished records and with past association with those in office have also engaged in attention mongering through threats of hunger strikers and revelations on the current regime. This noise which conveys a lack of clarity dims any chance of change. An indiscernible political proposal with rejects that have done the country harm remains unsurprisingly unpalatable.

We seem to be stuck in a loop with déjà vu all over the political landscape: dynasties perpetuated at our expense, sycophants working for the oligarchy or the better interests of the family or in laws while pretending to be protectors of public weal and having recourse to the ethnic card whenever there is a dip in popularity. The non mainstream opposition is certainly more vocal and despite the dearth of proposals and a maniacal hunger for attention that clouds most of its initiatives, it has ruffled the Government by disclosing cases of police brutality. Calls for the bolstering of purchasing power have been answered by paltry remedies in the latest budget. All of this does not constitute a sustainable remedy to the enduring purchasing power decline.

How did we land into this sorry mess? How did we transform individuals bereft any of the Roman virtues into all powerful beings that have bent the system to their advantage. We have satisfied ourselves with one voting expedition every 5 years for too long. Elected ones are left without surveillance and have grown rogue. We have been sitting ducks. No one can save us but ourselves.

Salvation cannot come from seasoned actors busy rehashing their shtick on public platforms. A bogus winning formula around the bonding of opposition parties remains impotent. As Prashant Kishor puts it “United opposition is not necessarily a strong opposition.” As Kishor elaborates, without the narrative, and ground dynamics, not much is likely to happen.

With no restrictions imposed upon MPs and Ministers, we face havoc. Exuberance in the spending on capital projects will further ruin our country. The middle class is likely to be further squeezed whilst the capitalists have their whims and wishes granted. Unless we roll up our sleeves, we will see this country run for the better interests of the haves and their stooges. To fight against the shenanigans of those meant to represent us, citizens need an arsenal of weapons to control their representatives.

Consulting and abiding by the population’s choice at regular intervals would make sense. Participative democracy would give people a greater say over major decisions. Would the loss-making tramway project have been approved by the people of the country? Would they give the green light to the nonsensical extension of its network to Côte d’Or? Would they approve the Smart City Scheme or the flat tax? Would they not abolish the Vice Presidency? Would they condone hefty hotel refurbishment schemes? Would they put a halt to exporting monkeys to research labs abroad? Would you agree with your country not being autonomous on the energy front? Decisions with ruinous consequences cannot be made by people that receive financing for their own election and commissions through private entities.

The Charles F. Sexton Chair in American Enterprise, Professor of Finance and Business Economics, & Executive Director of Initiative and Referendum Institute of the University of Southern California, John Matsusaka identifies 6 direct democracy-related reforms for the United States that could be tweaked to fit within the Mauritian context. In his latest work, the researcher proposes 6 types of reforms:

Advisory referendums called by Congress: debates and issues are submitted in this model to voters. The outcome would not be binding upon  Congress.

Advisory referendums called by petition: If any change is to come, it has to be the people’s doing. This would allow citizens to bring to the forefront debates that they would like to bring to the limelight. In recent times, greater attention to the end of life of senior citizens has become an important issue. This was debated last year in the House of Lords. Mauritius would do well to see how to provide assistance to people in the final stages of their lives. Over the last year, readers would have come across several cases where people die in solitude with no one knowing about it for days or weeks. This is of concern. Another issue that would require greater spotlight is sexual crimes against children. Many including the author deem that the paedophilia cases in Rodrigues were not dealt with in a proper manner. Did officials ensure that these children and adolescents were properly accompanied, was psychological support offered to the victims and their families and was the proper cadre constituted for other victims to come forward with testimonials?

Advisory referendums required on specific issues: This type of referendum would automatically be triggered anytime a constitutional change would be on the cards. Any issue of importance would demand consultation of voters’ opinion about same.

Binding referendums required on specific issues: Like the former model, except that the outcome of the referendum would have to be abided by. Matsusaka avers that “Mandatory referendums are common among the American states; all but one of them require a vote on constitutional amendments and many require votes on taxes, debt, relocation of the state capital, liquor prohibition, and other matters.”

Binding referendums called by petition: This would allow voters to repeal laws. This method would be akin to Italy’s abrogativo process where its use has been prevalent with 72 referendums held in the last 70 years.

Another weapon that would help correct the incompetence and malpractices of our elected cohort would be the introduction of recall elections. The latter refers to the removal of elected members from office through a vote before the end of their mandates. When introduced in the US in the early 20th century, the recall was looked upon as “a means of bringing some honesty back into politics” (Bowler, 2004). When introduced in 1908 in Oregon, it was heralded as the ‘final crowning act to complete the temple of popular government’ (Barnett,1912). As with other democracy-broadening ventures, the inherent risks of this inclusion reside in the influence of money on recall initiatives and referendum campaigns (Cronin, 1989).

Supported by Marx and Rousseau and dating back to the Roman Republic, this would be a feature that would empower citizens so that they longer bear with representatives that have failed them. In Latvia, Slovakia and in some Swiss Cantons, dissolving the whole assembly is also a possibility. This measure would allow for continuous accountability and electors would get to remove incompetent, maligned, unresponsive or irresponsible public officials. As one author puts it, candidates sometimes lie and voters sometimes make mistakes – recall elections is an effective tool to correct their errors of appreciation.

The modus operandi of this method is succinctly described by Bowler (2004): “The initial step to recall is a petition drive demanding that there be a recall election. If the number of signatures reaches a required threshold then a recall election is held. Should the incumbent lose the ‘recall’ then an election is held for his/ her successor. Sometimes the two elections are held simultaneously (as in California), more often there is a short period between the two elections. The recalled official is typically not allowed to stand as his/her own replacement.”

Recall elections serve as a useful reminder to elected representatives that they are not trustees bur merely delegates (Bowler, 2004). They also serve as a means of punishing politicians that would otherwise be left unpunished by the parties. Opponents of recall elections believe that politicians should not be slaves of public opinion. However, we have reached the opposite extreme in Mauritius where politicians are rejecting the expressions of discontent against their actions and public gatherings are being closely monitored by authorities.

This democratisation process cannot materialise unless and until we have a party that is ready to put power where it truly belongs; in the hands of the people. Indiana Democratic congressman Louis Ludlow fought for the holding of a referendum prior to going to war and supported his stance with the following argument “common people who would serve and die in a war ought to vote on whether to enter a conflict.” Likewise, common people who bear the consequences of miscalculated decisions have a right to decide whether these decisions should be taken in the first place. We can trust no one but ourselves.

• Can the Recall Improve Electoral Representation? By Pierre-Etienne Vandamme, Frontiers in Political Science, 2020- Accessed on 11/06/2022 https://dial.uclouvain.be/pr/boreal/object/boreal%3A242210/datastream/PDF_01/view