The alpha leader, male and female, is characterized nicely by the TV celebrity and real-estate billionaire, Donald Trump: successful, self-obsessed, blustering, belligerent and cut-throat. His memorable phrases include these reported gems:
Torture works… believe me, it works, okay
The point is, you can never be too greedy
The concept of global warming was created by and for the Chinese
My IQ is one of the highest
All the women on ‘The Apprentice’ flirted with me consciously or unconsciously, that’s to be expected.
Twenty-five years ago, a psychodynamic-profile (Delinger) of business-leaders showed a dominant trait of ‘direction’, a typically ‘alpha-characteristic’ indicating a preference actions. By the 2000s, the majority of business-leaders had switched to a predominant trait of ‘social intelligence’ skills. The move from alpha CEO to people-person had evolved. And, it is still growing. So, why business-leaders are more likely to be people-persons rather than ‘direction-people’?
Corporate Change and Staff Expectations
The fact is that the people we employ also evolved. They became more demanding: laws started to protect their interests and mobility became more widespread. Because employers had to compete for the best people, their choice of culture, and CEO had to change. More HR directors started to have an improved voice at board, signifying an increased value in people and their potential to perform better in improved work-cultures. Front-runners in leadership started to demonstrate more ‘pull’ and ’inclusion’ and less ‘push’ and ‘exclusion’. To create that environment, more organizations hired people-persons to run them.
Alphas in Top Jobs
There are still Donalds out there running successful enterprises. These alpha-cultures tend to be tough; they attract go-getters who work and compete with one-another. Staff turnover tends to be more about involving rapid dismissal and less about people-mobility. Dog-eat-dog is encouraged. The top few are invariably bright, focused, and hard-working, if not obsessive workaholics. Many such organizations have Donald-like figures running them.
Their managements run on numbers, not staff-surveys. These organizations attract people similar to their leaders – other alphas of either gender.  Where women are tolerated, they are either alpha or ‘play-alpha’ to survive, thus wasting the benefits that women bring to teams. And we do see this in Mauritius as everywhere else, right?
We all know of organizations, both in business and in not-for-profit, where these alpha sub-cultures still endure; think Wall Street and mining as examples. Many alphas in these super-alpha organizations drop-out early and take massive cuts in their salaries to do something “worthwhile”. Those that have expensive marriages, kids in private education, a shore home and a boat, try and stick it out, but some do burn-out. One of my coaches sold his business for US$120 Million, to go do something “useful with my life”; this at the age of 28 years!
What’s wrong with alpha organizations?
The answer is nothing. Alphas in these organizations deserve one-another. Their organizations are as capable of success as the best ‘non-alpha’ organizations, though their aims may sometimes be less than ethical. That can happen because the alpha-psyche is about personal success (though it may be stated as corporate), not about human, environmental or social values. So, we expect to find more alphas running tobacco, mining and confectionary; the ‘Selfish Gene’ lives and breathes there!
If alphas are a problem, it is when they are employed in the wrong organizations or in the wrong subdivision/subsidiary. In an organization where the majority of people are socially-intelligent first (to deliver results), the ‘results-first’ alpha will often trample over relationships, cause conflict, discontent and reduced productivity. In other words, most alphas need to be employed in alpha-teams, whether divisional or corporate. In the wrong place they are a danger to team productivity.
My Story
Not many people remember this, but I was that alpha:  striving to rise, be in control & cut-throat. My excuse for manoeuvring people’s exit was always, ‘in the best interests of the business’. Our management was testosterone-fuelled alpha. The essential people lower down were not alphas. So, they suffered from command-and-control that was out of sync with their needs. It was an unhappy place.
I moved on to more impressive roles in bigger corporations and held a dozen Directorships. But, I learned that to achieve, I had to grow up and bring my humanity into work-life. That was the only way to get my teams to work for me. I joined a meritocratic, matrix-managed, international business. Influence, not direction, is effective in matrix companies. With over 70 dotted lines, I had to learn how to influence in order to achieve. The main learning from this is: we need the right type of leadership for any given team – not all leaders can, or want, to be able to turn their alpha on and off!
Final Word
I am sometimes asked how to adjust from alpha before burn-out takes place. For these people, the path from alpha-psyche is often hard, taking a couple of years or more. It can be accelerated by investing in family relationships, seeking out right-brain hobbies (reading novels, poetry, crafts or gardening) and doing a sport that allows for high-competitive play, as an outlet for remaining alpha traits. It is only when we re-value the richness of human kindness and human worth, that our alpha-spirit calms down, both at home and at work. That saves careers and it also saves family life. 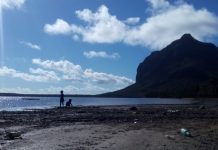 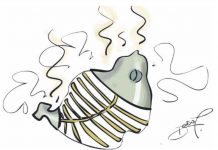 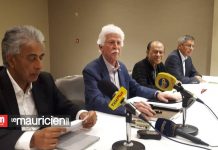