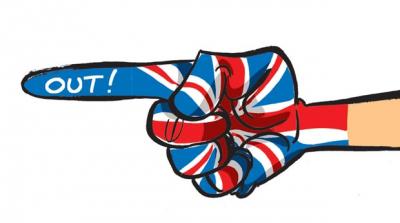 She aspired to become a Maths teacher in England, yet she ended up being the butt of everyone’s jokes. The dream is over. Back to her homeland she left three years ago in the hope of a better future in the UK. Sadly, Yashika Bageerathi is now famous for the wrong reasons and seems to arouse hatred from left, right and centre.  A quick glance at comments made online by her compatriots say it all – ‘ridiculous’, ‘illegal’, ‘criminal’, ‘lier’, ‘tro guet film Bollywood’, ‘fet zako’… Yashika is sticking like a sore thumb and if words could kill, she would be sentenced to death by people in her own country.
What many fail to realise is that Yashika is only 19 years old and was until recently a student doing her A levels. For those who may argue that 19 year olds are adults, I point them to the work of developmental psychologist and psychoanalyst Erik H. Erikson. Best known for his famous developmental theory of identity that he presented in ‘Childhood and Society’ in 1950, Erikson coined the term ‘identity crisis’ that affects adolescents aged between 12 and 19 year old – a process manifested by physical, emotional and social changes that constitute the route to adulthood. Erikson saw identity as a sine qua non condition to be able to make one’s way in the world. Thanks to advances in neuroscience, we now know that a young person’s cognitive development continues into a later stage which obviously will affect their emotional maturity, self-image and judgment.
All this to say that identity formation of young people is not something to take lightly. Those who have done some work on identity will know that Erikson’s work serves as a reference in literature on identity. At the age of 19, a young person is still in the process of identity construction which is a fragile phase of development where young people are very self-conscious of how people perceive them. In his ‘looking glass self’ theory, Cooley (1902) explains that the self exists not in the mind of the person but in the minds of the members of the society. His renowned phrase “I am what you think I am” translates the view that our identity could be essentially what other people think we are. This view is similar to what Gee calls the D-identity, one of his four perspectives of viewing identity. The D-identity is an identity ascribed by people in discourses. There is also the I-identity, an identity ascribed by authorities of an institution. ‘Model Student’ is an example of this I-identity that Yashika may have been given by Oasis Academy Hadley. One that has suddenly shifted into a negative D-identity, that of ‘scammer’.
What happens to Yashika’s process of identity construction already started? How will she negotiate her sense of belonging in a country – her homeland – that is exposing her to ridicule? Instead of throwing stones at her, many should think of the harm that their attacks could have on that young girl.
There is one undeniable fact. There was no basis to claim asylum, Mauritius being a white listed country and considered to be a safe place, with no significant threat to human rights. However she is too young to bear total responsibility for her actions.
If someone has to shoulder responsibility, it has to be the mother, a full adult who cannot be forgiven for failing to play by the rules and jeopardising her children’s future. Of course we can debate over whether the rules regarding immigration in the UK are fair – as law in itself can be bogus to exert mass control – but that is not the point. Whatever the family’s motives behind the asylum claim, Yashika’s mother is the one to be held accountable. From a moral perspective it is simply not right to associate the failings of an adolescent with those of an adult. As simple as that.
What the mother did not realise is that there was no chance that the Home Secretary Theresa May or the Immigration Minister James Brokenshire would have interfered with the Home Office to let her daughter stay in the UK. They would not. Not now, not in spring 2014, not when the Conservatives have just admitted that the government will fail to meet the target of bringing the net migration figures below 100 000 before the general election next year.
What is revolting is Yashika’s detention at Yarl’s Wood for two weeks. Deprived of freedom like a dangerous criminal. This is the fate of asylum seekers in Britain. A treatment that the novelist Zadie Smith recently called a “shame to any civilised nation”. But then there is nothing new in the way that Britain treats foreigners. Deportation of foreigners goes a long way back and there was no internet in the 16th century when they ordered that Black people should be deported. Because they did not have the purity, virtue or beauty of whiteness (Fryer, 1984). But that’s another story maybe…