This year’s International Women’s Day is being celebrated in Mauritius with the film clip playing in our minds of women in Chile dancing, by the thousand, in the streets, and with the sound track of their haunting chant ringing in our minds and in our ears. Here is one link.* Don’t miss it. The chant denounces “the State” that is “The Rapist in your Path”, the title of the song. Women with their eyes blindfolded, as they are when the police and army torture women arrested in protests in Chile, and doing the kind of “exercises” they are forced to do under torture, chant with an anger that accuses the entire edifice of patriarchy. “The rapist is you!” says a refrain, as women in a huge crowd, all in unison, sing out and point to the police headquarters. Then “The rapist is you!” pointing at the Courts building. Then “The rapist is you!” pointing at the Presidential Palace in Santiago.

This year’s Women’s Day is also being celebrated just after the guilty verdict has been handed down against Hollywood mogul, Harvey Weinstein, by a New York jury. This symbolizes the change in balance of forces against patriarchy that the #Me-too movement has brought in. By banding together and using social networks like Twitter, women have been able to denounce male rapists collectively, and at the same time point to how it is relatively few males who dominate all women (as well, it turns out, as all children and most other men). Women have thus not had to rely on the criminal code, the police and the courts – which are all part of the very patriarchy that we are dominated by. Through getting together, women have, for example, got Weinstein convicted of rape and sexual assault; dozens of women have confronted US President Donald Trump for his sexual misconduct, while he was found bragging on tape about sexually assaulting women.

A scholar like Tariq Ramadan, while preaching against adultery, didn’t he change his defense of not having had sexual relations to admitting the contrary when one of his accusers produced a semen-stained black dress? And with a view to proving consent, has he not also exposed the potentially violent nature of the relations, according to some press reports?

Meanwhile, literally hundreds of Catholic priests have recently been exposed by victims working together, many of the cases involving child sexual abuse.

So, at a recent Muvman Liberasyon Fam (MLF) meeting in Grand River North West, Port Louis, three of the ten speakers, who gave three-minute talks each, gave outlines on the Chile chant and the #MeToo movement. This was the “international” element to the celebration. And it reverberates in Mauritius. During open debate later on, examples of the same kind of collective action to expose male predators here were described, some by women who had participated in them.

The next four speakers addressed the question of new laws on sexual assault that the Government has announced are coming up. MLF members told of how they had deponed before the Law Reform Commission on the proposed new laws, and how they have produced a 160-page book on the issue. 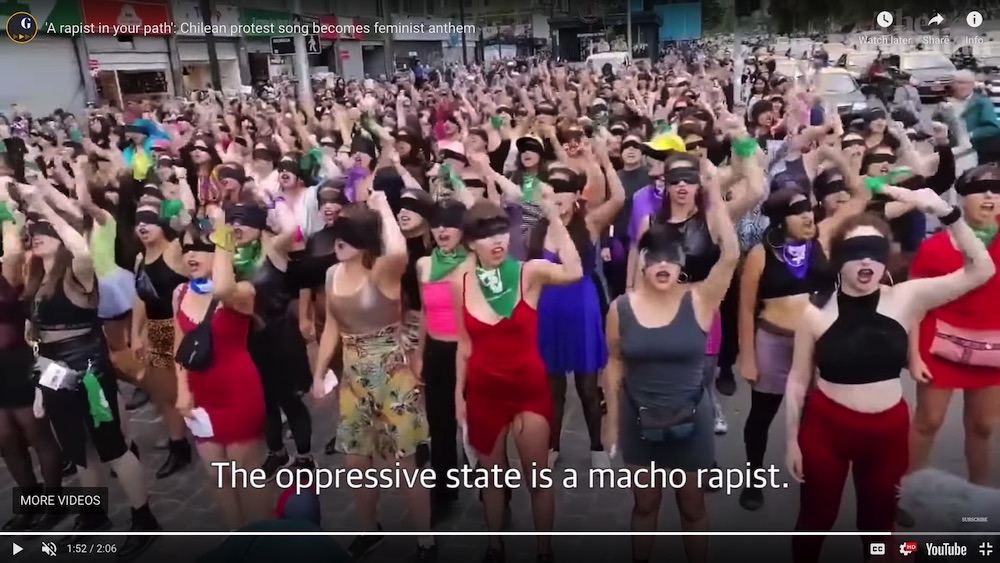 In particular, one member spoke on how sexual assault must be seen as “assault tout court”, without emphasis on the “sexual” aspect, nor any pretext of “crime passionnel” invoked. This immediately removes from the table all the nonsense about whether the woman victim was provocative, or ill-dressed, or at the wrong place, or out on her own, or whatever. “Assault is assault”, is the battle cry. It also removes the need to go into the embarrassing technical details of “penetration” for a guilty verdict for rape. Rape is one form of serious physical assault. In fact, the emphasis on penetration for a conviction is harmful in other ways: it gives lascivious police officers, lawyers and journalists a field day. It even positively discourages women from coming forward with complaints.

A second spoke on how “consent” or “lack of consent” is what is important in determining rape or any sexual assault. Consent must be clear, must be revocable at any time and must be for specific acts only. This is important because it at once makes evident that the reason it is rape for a man to have sexual intercourse with a girl under-16  is that she is too young to “give consent”. Wives are obviously able to withhold consent. Sex workers must give consent for any act, for it not to be assault. Male victims of assault only have to show they did not consent. Unconscious women or men are not in a state to give consent, and nor are people under the influence of alcohol or drugs. So, all these issues are cleared up by making “consent” all.

A third member concentrated on how the MLF opposes the idea of handing out excessive punishment to perpetrators. The aim should not be to lock men up on draconian sentences, nor to call for the death penalty, nor for castration. All this is not part of the solution, but part of the problem. Patriarchy, itself, is in charge of the repression, so when we call for more punishment, we strengthen the enemy. In fact, our aim needs to be to encourage women to come forward. We need to prevent assault and rape by disgracing the men who are perpetrators, not by cruel punishments that up the stakes so high it is not easy for women and girls to come forward. Remember that nine out of ten sexual assaults take place within the family, or in another place of trust, or where relative power dynamics are in play, like at work, or within the religious or social sphere, in the Courts, or when seeking advice.

A fourth member spoke more precisely about the Canadian law on sexual assault. The reason for this is that the previous Jugnauth Government last year rejected the Law Reform Commission’s proposals for new laws. The proposals were based on the archaic French law. Government wisely suggested relying more on Canadian law. However, we want to put on record on what points we agree. They are as follows:

1) Canadian law has the aim of encouraging women to come forward, of decreasing sexual assault, and of caring for the victims of sexual assault in other institutional ways as well as through the Courts.

2) Canadian law classifies rape and sexual assault as part of the general “assault laws”. The only problem with this in Mauritius is that the general “assault laws” are, themselves, positively outrageous, even esclavagiste. For example, the degree of severity of assault is judged by the number of days of work lost through injury or illness – as though the slave-owner was losing value through the assault. and then again, assault on ordinary people is one thing, while assault on a police officer or civil servant is another thing. In turn, if someone breaks a policeman’s arm, it is not as serious, in existing Mauritian law, than if he draws blood by a scratch, because in the latter there is “effusion of blood”. This comes direct from the Slave Code, the Code Noir, by which a slave was executed for assaulting his owner if there was “effusion of blood”, but a lesser penalty would do otherwise. And then there are the bizarre laws, which we had thought, had been revoked, to the effect that a man who kills his wife and her lover if he catches them in flagrante delicto is excusable, meaning bearing a lesser sentence. Apparently, the law was not revoked but was it generalized to allow women the same “excusability” for a similar murder? Ditto for the curious “excusability” for castration of a man who has corrupted the “chastity” of a female member of the man’s family.

3) Canadian law puts the entire question of rape and sexual assault on to the issue of consent or no consent.

The next two members spoke of how domestic violence is the kind of patriarchal violence (including rape) that is reserved mainly for women members of the family. Recently a number of women have been killed by their husbands or partners, causing us all to feel mounting anger against the impunity of patriarchy. The MLF speaker said how domestic violence was similar to the assault patriarchy perpetrates on men held in police cells, what is commonly called “police brutality”. It is assault that is hidden from society’s purview. It is excessive cruelty where the balance of power is overwhelmingly against the victim, and where the victim is supposedly the one to bear the shame. All this must change.

The next speaker said that any protest against domestic violence is empty if it does not demand affordable housing for all women. It is not just useless but also hypocritical for society to expect women to denounce violent husbands while not offering them any place to live on a long-term basis. Housing must be plentiful for women. And women need jobs so that they earn enough to pay the rent, and if not, they must get revenue from the government. Otherwise, people end up blaming women, who are already victims of violence, for not denouncing their husbands, when it is not even possible to move out.

The last speaker drew together the strings. She said how patriarchy is a pyramid of power. And this pyramid is reproduced in almost all spheres of life: at work, in politics, in the State, in the judiciary, in the family. And we need, when attacking patriarchy, to aim to bring down this unequal edifice altogether. She said how the chant in Chile and the #MeToo movement have shown the way.

During one hour of debate, women present went into all aspects of the issues raised. In particular, it was clear that patriarchy is not a synonym for “men”. It is a pyramid-shaped structure with a few powerful men (and the odd woman) at the top, dominating all the women, all the children and most of the men below. The perpetrators are relatively few. The fact that there are so many institutions that collude with the perpetrators, however, is what gives them impunity. This we have learnt from the exposure of the predators within religious institutions and through the #MeToo movement. In the case of Harvey Weinstein he had colluding with him the following: a whole coterie of males “in the club” with him, important people like Presidential candidate Hilary Clinton, private detectives – not only to follow you around to dig up dirt on you, but also even to inveigle their way into your life as a “friend” – as well as lawyers to buy you off with “Non-disclosure agreements”. When you, as a victim, go to see a lawyer, you find that he or she is part of a money-making profession to avoid prosecution, and get NDA’s signed for a pay-off that they pocket 40% of. When you go to see a journalist, Weinstein goes to see the owner of the media outlet.

In Mauritius, cases of collective denunciation were discussed. In particular, the strike in Medine in 1970 that led to the sacking of a predatory kolom, the collective trapping and then denunciation of a man pretending to recruit young girls, and a journalist sacked. 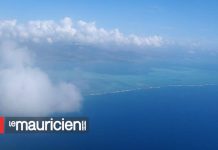 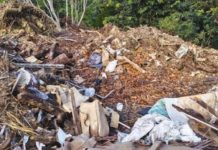 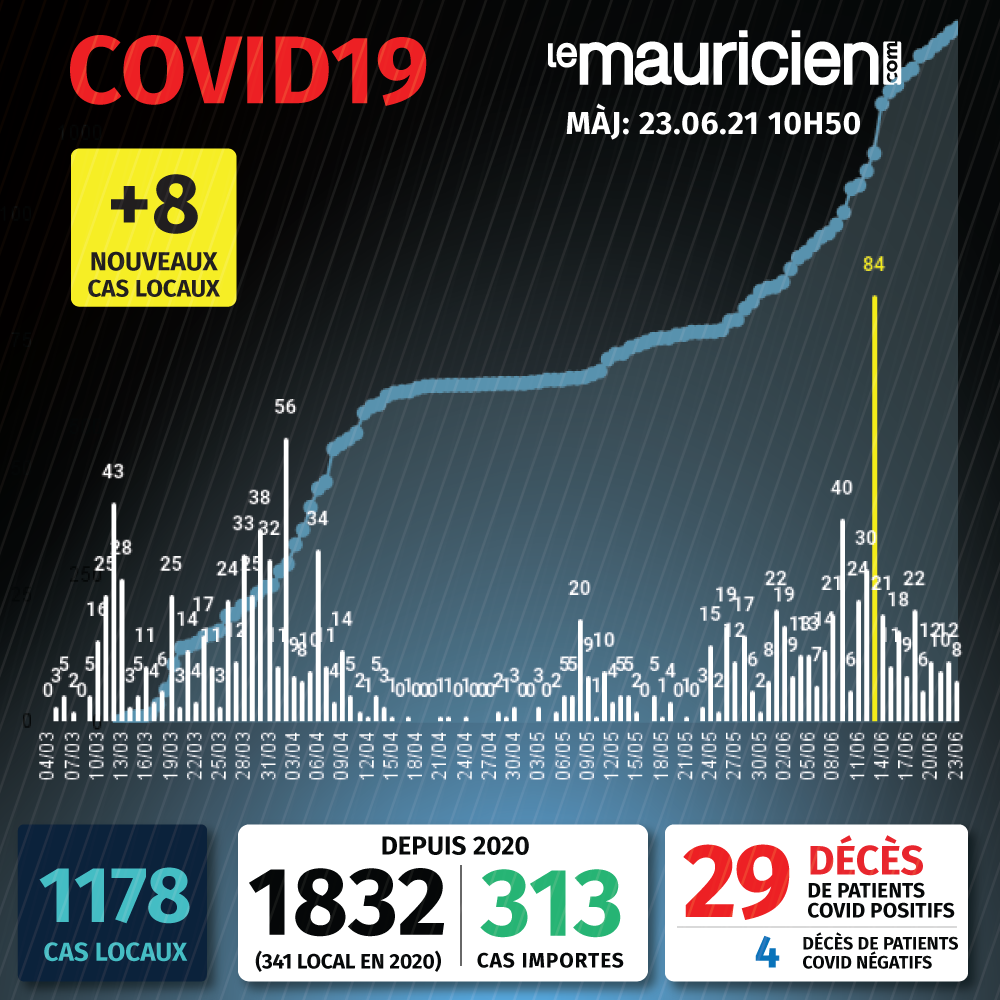