Houston Mauritius,
We Have a Problem

Because we’re in a huge mess and three parties/alliances are brain dead. It’s good to remember that proper political projects are essentially about baking a cake and sharing it – see chart 1 – while not considering nature as an afterthought but as a priority at every stage when solving pressing problems. The cakes we’ve been baking since 2006 have been the smallest of the last thirty years and their sharing the worst. That’s before using the value of our currency to further check their quality. In fact the cake baked by the Lepep government is the same size as the one cooked by Ramgoolam in his third mandate after adjusting for term length but while the distribution is slightly better our rupee has lost 16% against the USD over the past five years. Overall the situation has become a lot worse because the idolatrous economy initiated by Navin has metastised.

We haven’t shown nature the kind of respect she deserves either. Maybe too many policy-makers think that driving a car in their Havaianas through sugar cane fields to a casino on Mars while smoking a cigar is the ultimate goal (https://youtu.be/79XP5ksqK7M)? Fortunately the majority of us disagree. 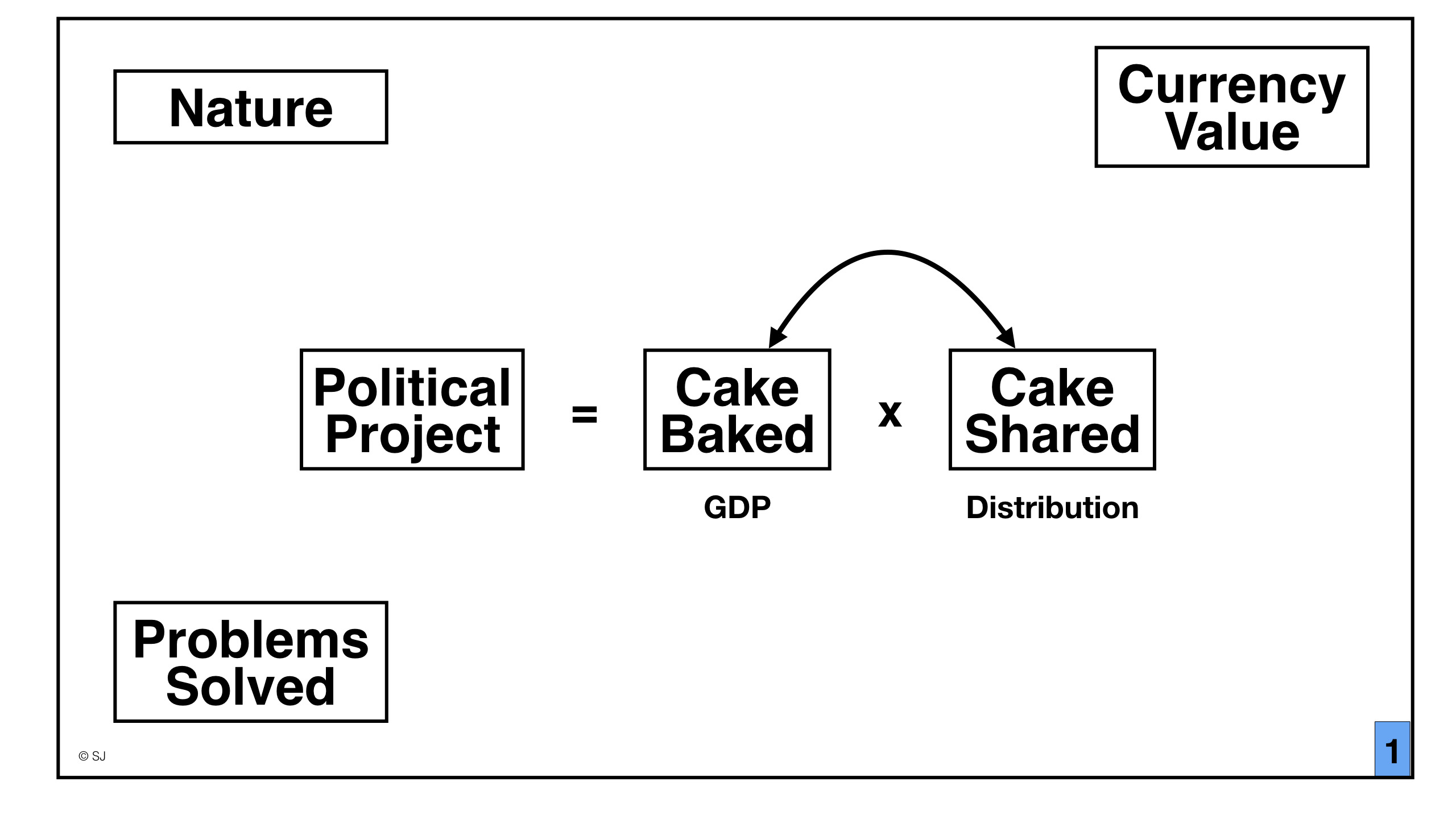 The flat tax has basically been driving us towards bankruptcy since it was implemented (https://youtu.be/H-4941mkU58). Public debt has increased tremendously, creative accounting has become a national pillar while urgent problems have either not been solved or the horizon for their resolution extended substantially – the replacement of 1,600km of leaking water pipes will now not be completed by 2023 as initially targeted but more likely in 2032. And I’m not even talking of issues that have not been recognized as matters requiring our immediate attention. By one conservative estimate, at the end of this year there will be close to Rs1.8 trillion of GDP missing – the infamous Sithanen toohrooh (ST) – and a shortfall of Rs360 billion of government revenue with respect to what these irresponsible tax cuts were supposed to generate since 2006.

If making the rich pay the tax rate of the poor had worked we wouldn’t have seen government go after Bank of Mauritius funds, extend the retirement age to 65, take on a lot more debt and disconnect local pump prices from their international levels. We would certainly not find it trying to sell national assets. On the contrary it would have announced that it’s buying more assets, reduced our national debt and upgraded our basic welfare state.

What You Can Do To Make Matters Worse

That’s easy. Just vote indiscriminately for one of the parties/alliances that have given us our Prime Ministers so far. They will not do what needs to be done and the ST will technically more than double to Rs4.4 trillion in 2024 bringing the cumulative government revenue shortfall to Rs880 billion. If there’s Rs68 billion of government revenue missing for this year alone by 2022 the corresponding figure would have crossed the Rs100 billion mark. Getting to 2024 might not be the smoothest of rides.

There’s Nothing in Their Manifestoes

The MMM wants to save the sugar industry because it’s been with us for ages and because it believes it’s a growth industry. It plans to save it with some really potent measures – read injecting public funds, depreciating our already very weak rupee and probably grant tax waivers to fuel more land speculation. The MMM has obviously not looked at a chart of the weight of sugar in our economy for a long time. It’s true that in the past few years this right-wing party has been busy establishing itself as another political dynasty. Contributing currently only 0.5% to GDP –twenty times less than in 1990 – sugar is a sector that cannot be saved. Militants should ask themselves a few simple questions. Since when do we save a growth industry? How many good jobs can that industry create? How will it do if our currency reverts to a very reasonable 25 rupees to a dollar? They might also want to watch The Future of Sugar, https://youtu.be/Zwu9pCapVS4.

Labour Not Any Better

So Ramgoolam wants to perform ‘Riptir’ with Sithanen? Thanks, but no thanks. He also wants to eliminate municipal tax because it brings ‘only Rs300 million’ per year – that’s after promising to cut the flat tax for women to 13%. There’s no idea more irresponsible than this given that Mauritius hasn’t been able to pay for her own basic things for years now because of other massive tax cuts that occurred on his Rolex. See it’s only after the deadly floods of 2013 that we discovered that the weather radar had been broken for years. The PM at the time then went to Japan to ask for a Rs400-million radar or roughly what the municipal tax brings in these days.

We shouldn’t forget that he has the worst road safety of all of our PMs – Pravind Jugnauth would have about 753 fatalities or three less than him over a five-year period. Every cent is needed to bring down these numbers to as close as possible to zero. A reasonable target over the past five years would have been to lower the fatalities by this year by a third. This would have saved 180 lives. Nothing of the sort happened with fatalities in each year higher than the 137 we clocked in 2014. No progress will be recorded with more tax cuts. Far from the contrary. But it’s perfectly fine for Ramgoolam to work hard to leave a legacy that will be sneezed at but nobody is forcing us to have any of it.

Lepep won the 2014 elections because of the devastating effects of the flat tax, other regressive policies and the wicked plan to turn Mauritius into a banana republic (BR). It has maintained them, added more tax cuts and offered more indecent incentives to fuel further real estate speculation. It has also tried to pass its own version of a BR but thank God it didn’t have the supermajority to do that. Giving the outgoing PM his first mandate would not get us out of the woods because the status quo is not an option – the ST will grow to levels that see people take to the streets like in France and Chile a lot more often – and because he also plans of selling public assets.

Definitely not for politicians who have switched sides because their only concern seemed to have been which alliance that will bankrupt Mauritius, install a Big Brother and screw up our democracy was more likely to win the elections this time. Shouldn’t we consider instead, as Emmanuel Blackburn has asked in his « Elections ‘Koupe-Transe’: Lalit porte seul les valeurs de la gauche… » on October 29 in Forum, giving our first vote to Lalit on 7.11.19? In fact the list of 62 candidates that would make sense to vote for I had just built before reading his article was, interestingly enough, created by first selecting the 24 candidates of Lalit, then picking a number from Les Verts Fraternels (10), independent candidates (9), Forum des Citoyens Libres (7), Party Malin (4 and congratulations to Malin for pulling that giant crowd in Plaine Verte) and a few more from other parties.

It seems like the obvious choice when we look at how they stack up against the three parties – see chart 2 – on a number of crucially important issues (https://youtu.be/Z-UHV_rUQ-U). For example they’re the only party that suggests we don’t save the dead sugar industry but instead grow food. This should produce a bigger national cake, lower unemployment, a better land use, improve our balance of payments problems and our resilience at the same time. In turn ensuring we all become richer through a stronger currency and making it obvious which industry is strategic. It also scores big points for being for sustainable taxation which would reduce inequality (https://youtu.be/L10wALtIoUs) and the risk that we go bankrupt. 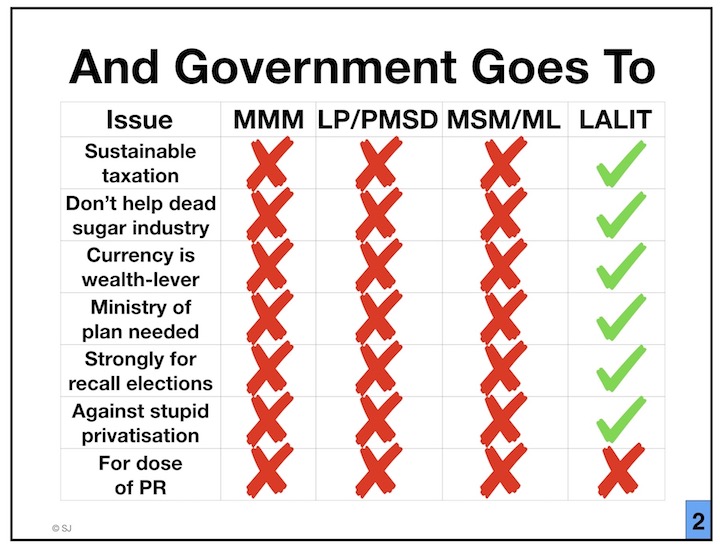 Lalit also wants a Ministry of Plan back. Another good position given that we’ve become a planning disaster – the current horrific car/bus ratio of 77 will rise to 97 in 2024 if we do what we did in the past four and a half years adding tremendous pressure on the environment. Bet you Sophia the robot didn’t tell you that. Mind you not all is perfect with Lalit. Just like the other three parties they are for a dose of proportional representation which would create two forms of political uncertainty. Overall how big a risk is it voting for them? Probably a million times less risky than voting for the other three. Plus they are strongly for recall elections which will allow us to throw them out of parliament well before 2024 if they do anything stupid like an affermage contract for the CWA or not raising back taxes for the rich.

Who Should Vote For Them?

Many people won’t find it difficult voting for them. People who like Soldat Lalit Militant given that their positions will reduce social injustices unlike those of the MMM. People who are fans of SSR as they are against stupid privatisation, for a top public health system and for solving problems. People who feel that the three parties have betrayed the values that had initially attracted them. People who don’t want their neighbourhood to morph into a favela. That’s a lot of people. And Malin is likely to bring much-needed dissent to our National Assembly. 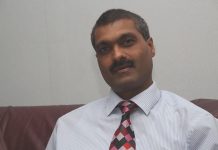 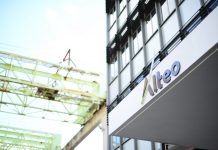 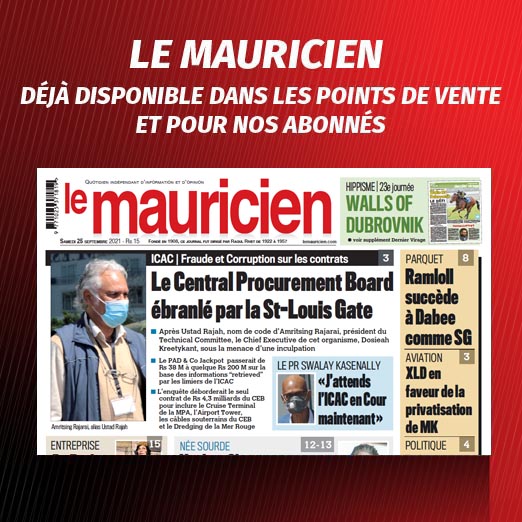