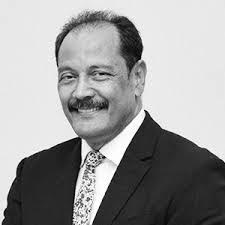 In her book “The Death and Life of Great American Cities” based on the study of the dynamics of US cities, Jane Jacobs identifies diversity as the principal condition for the social and economic success of urban development. Hers is an all-encompassing concept, referring to the diversity of buildings as well as the social and economic diversity of people and type of businesses within a neighbourhood or district.

As a matter of fact, diversity in the size and type of buildings proposed in urban projects is crucial for the quality of life in cities which are the aggregate of parts interacting to form a harmonious enduring whole.

Buildings, for one, define the continuous urban fabric of public spaces which consist principally of streets and rights-of-way, parks and plazas, including all manner of convivial spaces in a connected web. A city, however, is not characterized solely by its physical configuration.

Therefore, the Côte d’Or City will only be as distinctively valuable as the degree of diversity of the communities of people it attracts to live and work in the altogether new, pragmatic and dynamic environment it proposes. The city will support variety and diversity in terms of its social, business and leisure offerings.

From the very outset, Landscope gave clear instructions to its urban designers and planners to prioritize the design of a fine-grain urbanism that promotes innovation, community living and diversity. We were aware that bare statements and even a policy decision to promote diversity alone in this new city will not be sufficient to challenge the entrenched real-estate development patterns of Mauritian private developers. 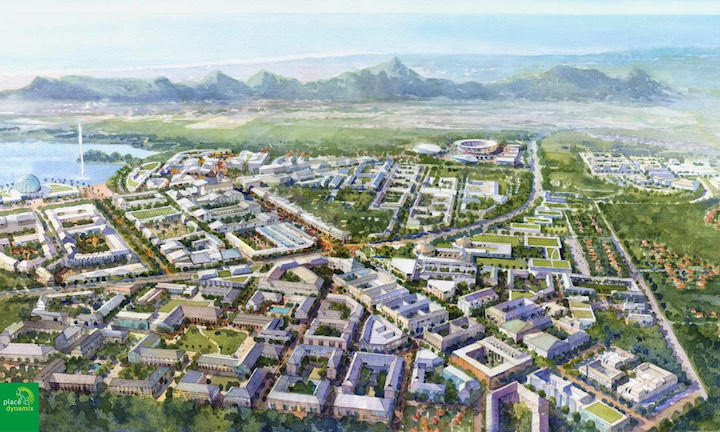 In the course of initial interactions with potential private developers who had submitted projects to Landscope, we understood that architects hired by private developers would be working only at the level of their individual projects. Consequently, we stressed that our urban planner focus on the creation of a coherent whole to ensure that buildings or architectural creativity, espousing the characteristics and contours of our local heritage, contribute to the whole warp and woof of the Côte d’Or City. It is the cumulative impact of the richness of individual buildings raised by a multiplicity of private developers that will define the character of the first phase of the Côte d’Or City.

There are unfortunately many recent examples of local architectural projects that have not followed trends in new urban patterns. The Cyber City’s single-track mode of coarse-grained homogeneously built environment has taken the form of large office buildings sitting in the centre of their two-acre plots, surrounded by seas of parked cars.

The benefits of this kind of project to the private developer are obvious. Because of economies of scale, the marginal cost of each additional square foot of building drops, and its financial yield increases. Quick cash! However, the bane for the country has been the forsaking and loss of a compact, diverse, mixed-use, walkable, fine-grained urbanism that would have definitely given to the Ebène Cyber city its modern but distinctive tropical-city character. At that time, the intention was to develop a business park – not a city – comprising only office buildings; no authorization was given for other uses. The height restriction limit of not more than 13 stories was even waived at ministerial level under the claim that “on ne peut bloquer le développement”.

This rather lucrative mode of real estate development is deeply ingrained in the mindset of private developers. This path of urban growth has been pursued ever since. Yet, the problem with the Ebene model of development is not only that it promotes self-generated sprawl, but broader economic and social diversity are irremediably compromised. Lower-income business activities and socially important small businesses and start-up firms cannot afford to lease space in this type of development model.

The buildings on the St Jean Road in Quatre-Bornes do a better job in promoting economic vibrancy and social diversity since the small blocks on St Jean Road include a more diverse mix of smaller buildings of different ages with different ownerships promoting small businesses, restaurants, snacks, local business, and even nightlife.

It is no coincidence that there are two business hotels on St Jean Road, with the Palms Hotel being the latest addition. All buildings lining the street have their entrances facing the public right-of-way. The more public entrances a block contains, the more opportunities for economic and social activities will it offer. The smaller increments of buildings on the St Jean Road result in more diversity: diversity of building ownership, uses, ages and building typologies on each block.

When multiple-ownership coexists on a single block, buildings can age independently of one another and live separate economic lives. But such is rarely the case for single megaprojects.

In Port Louis, Curepipe and Rose Hill, one can see that single blocks containing a mix of buildings of various ages and different owners support more vibrant ecosystems of urban, business and social life. They, therefore, favour higher city vibrancy and resilience.

Besides, all great world capitals are based on the model of development of multiple building ownerships within a block, a block being defined as the smallest area that is surrounded by streets on all sides. This is a far cry from the recent sprawl model of “buildings in the middle of a two- acre site surrounded by parking”.

This is the reason why Landscope opted for the winning model to sell or lease parts of each block in the center of Cote d’Or City to parcel developers in view of the materialization of a range of various kinds of real-estate projects.

Keeping the lots small will allow more independent developers to design and construct innovative building configurations, while ensuring fairer competition in the market. It will principally benefit tenants, since a market controlled by a few large real-estate companies is clearly detrimental to competitive pricing.

On Sir William Newton Street, in the very heart of Port Louis, there exist medium-size buildings like the Deeraman Tower, or two-storey ones housing for instance La Bonne Marmite. Multiple ownership on a single block has allowed Port Louis to become an area of high granularity with a large number of small buildings on small lots, sometimes not more than 200 toises in area.

In the final analysis, the development of the Côte d’Or City will consist of small to medium-size structures promoted by different owners. The strategy is to allow each one to contribute aesthetically and smartly to build the first phase of the Côte d’Or City in individual increments, so that every core/primary building occupies only a part of a block. This modular system is also the most natural way of building a city from scratch. It provides for a multiplicity of developers who combine their projects in a harmonious manner, thereby growing an urban form into an organic and sustainable manner, block by block.

This modular approach to new development will prove more responsive and flexible to changing social and economic conditions. Demand for individually owned buildings can also be accommodated with no exclusion of large-scale structures. Such is the case in Port Louis where some developers have erected large buildings by combining adjacent lots within a block. 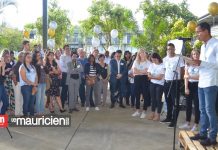 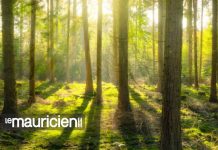 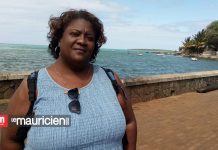