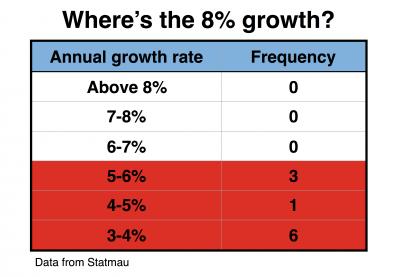 Because we got far more important issues here to worry about. Here are a few.?1. A Minister wants to sell the CWA because he’s not happy with its hotline. Now, if this is not a cause for worry and a reason for ministerial resignation, an urgent Cabinet reshuffle,  a referendum or all three I wonder what is. Another Minister wants to sell the CHCL. That’s totally inappropriate. Talks with DP World have to be immediately called off. We can keep on nicely developing our port by ourselves — CHCL has invested nearly Rs2 billion over the last ten years. We’ve got the people and tons of unemployed graduates who should be given many opportunities to push Mauritius forward. For sure we could have done a lot better had Sithanen not messed up our savings rate and economy so badly with the impressive string of failed policies which have accompanied the worst form of trickle-down economics: a flat tax. See, he promised robust growth rates of 8% back in 2005 if we lowered top taxes. As the chart illustrates we not only never got anything higher than 6% during the past 10 years but 60% of those rates were under 4%. This has, as expected, caused our government to run out of money for capital projects — which Badhain keeps repeating — and pile up a lot of debt. Making us a lot more vulnerable at the same time.
Naturally this leaves Pravind Jugnauth with a wonderful opportunity — just like he did in 2010 — to bring some sanity back to tax rates when he reads the budget in a few weeks. Which can help avoid a near 60-0 defeat in about two years.??2. A land use that doesn’t make any sense. Every acre that’s not under sugar cane produces 41X more value than a corresponding acre under that crop. And if you want to know how lame that is just remember that Singapore produces 61X more value for every acre that we don’t have under sugar.??3. The pound lost about 8% against the USD in a day — markets thought the remain side would win — after Cameron resigned. That brought it to levels not seen in 31 years. The pound fell in Mauritius too. But only to its level of January of last year. Which gives you an indication of how obsessed with depreciation the current Governor is. Here’s another statistic: it took Basant Roi only 69 days to deliver a similar Brexit effect to our currency with respect to the USD. That is he got in on December 30, 2014 and before we celebrated Independence Day 2015 it was Brexit for our rupee. And things may get even worse. A GBP was worth Rs39.75 when he first came Governor and Rs62.86 when his successor took over. That’s equivalent to more than 4 Brexits back-to-back. These Basant Roi exits are definitely a major cause for worry. Given that the overall quality of a country’s policies can often be gauged by the behaviour of its currency you have an idea of the mess we’re in.??4. Our exports could become a bit more expensive for the Brits but that doesn’t mean they are going to buy less of them. They could buy the same amount or more. It depends how much they love them. Exporters can also work at reduced margins and revise pay packets especially at the top. We could also get 5% less tourists in a year but those who visit us could lengthen their average stay by 5%. Of course the behaviour of the pound will ultimately depend on the number of good decisions taken by the British people per unit of time. And last time I checked they were pretty good at many things. Which would explain why over time their currency hasn’t been one big giant slide. And they won’t sit on their hands. We shouldn’t either.??The EPL resumes on August 13. Liverpool travels to Arsenal. 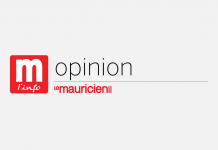