The “viruwar” which started in Wuhan in China in December 2019, in the form of a virus called coronavirus and labelled Covid-19 by the World Health Organisation (WHO) has stunned the world and brought the superpowers to their knees. As the death toll rises, health policies and economic policies see themselves in unchartered waters. The reality is that a single virus has transformed the world, rendering nations almost helpless.

Like food and shelter, health is a basic need, and every individual should be entitled to and have access to basic healthcare. Unfortunately, healthcare is a big business, and seen as luxury, rather than a basic need. Covid-19 has reminded us that the existing health system is incapable of handling a pandemic. It is time to rethink economic policies.

By far, the United States currently ranks highest in healthcare spending among the developed nations of the world. It had a staggering budget of 17.1% of the GDP in 2014. The latest figures provided by the OECD was $10,000 per capita in 2018, Luxembourg being the second-highest health care budget, followed by Switzerland and Norway. In spite of the huge expenditure, the United States has one of the most unequal healthcare systems, driven by health insurance companies. According to The Guardian Americans are dying because they cannot afford healthcare. As many as 25% of the population have difficulty getting healthcare because of skyrocketing costs. Millions of Americans avoid medical treatment because of costs (https://www.theguardian.com/us-news/2020/jan/07/americans-healthcare-medical-costs). The healthcare issue is highly politicized, with the conservatives arguing that the focus should be on military spending. Mitt Romney, a former Presidential hopeful, noted that military spending should be increased, while former Defence Secretary Robert Gates stated that “healthcare costs are eating the Defence Department alive”. Former President Obama came with his

“Obamacare” which tried to provide a more equitable healthcare system, but it was quickly buried by Donald Trump.

When the “viruwar” started, many countries woke to the reality that health provisions mattered more than a modern military machinery. For years, the NHS (National Health Service) in England suffered cutbacks making it hard to function. When there is a cutback in health, health professionals are the first to be sacrificed, namely nurses and paramedics. According to the BBC, there is a global shortage of nurses and 5.9 million nurses are needed immediately. Nurses, paramedics and other health professionals work long hours, in difficult conditions, and are often underpaid. Covid-19 has shown how the front line healthcare professionals are stressed out.

In developing countries, the situation is depressing. Public health is barely a priority. Hospitals are ill-equipped, understaffed and buildings are dilapidated. Hygiene is undesirable. Yet, these hospitals are meant to provide care to the population. Many of these countries are highly militarised, with a meagre budget for health care. Countries like India, Pakistan and Saudi Arabia spend less than 5% of the GDP on health, while the military absorbs a big portion of the budget. India spends 3.00 of the GDP on education, while Pakistan spends 2.9%. With a huge population, both countries, proud to be nuclear powers, have yet to provide universal medicare. Yemen, where the health system is barely functioning, has been engaged in a military confrontation with Saudi Arabia for years. The coronavirus will have a devastating effect in these countries.

Expenditure in healthcare in selected countries (% of the GDP)

Expenditure in the military in selected countries (% of GDP)

The politics of healthcare

A healthy population is less of a burden on the state. A healthy worker is more likely to be productive. When health is sacrificed at the expense of the military, essentially the wellbeing of the nation is undermined. If one examines the scenario that Covid-19 has created, it is almost a contradiction. There is a shortage of nurses, doctors and hospitals, to care for the thousands who have tested positive. Military bases are converted into hospitals, navy ships are floating hospitals and the military has been called to support the healthcare workers, and soldiers are seen driving ambulances. In countries like China and England, hospitals had to be built in a matter of days. As the death toll continues to rise in Europe and the United States, a key question that is being asked is: “why has the healthcare system failed?” It is not a question of failure, but one of priority.

Covid-19, or the on-going “viruwar” has made one important point, namely, the military has no role to play in this global war. The high-tech weapons, sophisticated surveillance systems and a well-trained army, are merely on-lookers, as the nurses, doctors and paramedics work round the clock to save lives. In this war, the military has been outclassed.

In spite of its military might, the handling of the coronavirus crisis by Donald Trump has been catastrophic. Bill Gates and others had sounded the alarm bell and have been asking for more investment in health care and medical research since 2015. Trump is now blaming the WHO for being “China-centric” and has threatened to cease funding this UN agency. Trump has also picked on India for not supplying hydroxychloroquine, “the miracle cure” that he desperately needs. It is too late for him to look for a scapegoat outside the country, and should stop being in denial. Instead, he should listen to the medical professionals and save lives. He got America where it is today. With more than 20,000 deaths to date, the war is lost.

Healthcare or military: Choosing the priority

Generals and military leaders have too much power and governments should rethink their economic policies. A country does not have to be highly militarised to have peace and security. If the population has all its basic needs – food, shelter, clothing, health, education and meaningful employment, there should be no fear. The Second World War created the fear for safety and security. Nations invested heavily in the military that led to an arms race, setting up highly militarised regimes and dictatorship. The post-war produced a nuclear race and a Cold War. Power was determined by military strength and hegemonic relationships.

Like the previous world wars which defined economic and political systems, Covid-19 will also set the scene for new behaviours. It is too early to indicate whether the world will be polarised or whether nations will seek unity to fight another outbreak. There will be post Covid-19 implications, and health will be at the centre of it.

The days of the Cold War are over, the nuclear race should be put aside, and missile testing should be abandoned. The resources should be invested in health, education and social services. If we have learnt one lesson from Covid-19, it is simply the need for an efficient healthcare system. Military spending should be reduced to less than 1% of the GDP. The investment should go into an equitable public health program. It is an irony to push a global campaign to wash hands when one third of the world’s population has limited access to safe drinking water and live in slum-like conditions where social distancing is impossible. In some parts of Africa, there are three ventilators per thousand. In these conditions how does one contain the spread of the coronavirus. Unless priorities are reversed, the pandemic will spread sinking the whole into the worst economic recession in history.

Covid-19 has made the military redundant. It would be more prudent to invest in other areas that directly benefit the population and that in turn, will lead to global peace and security. Health and economic policies should be in line with each other. Resources should go into medical research, vaccines, ICUs, equipment, and training. Government should build capacity to handle a pandemic. The WHO should take on a leadership role to promote global health.

Public education is key to preparedness. Canada has shown the way. In 2017/18, Canada spent 1.3% of its GDP on the military and around 11.5 % on health. Resources should go into a global campaign on public health. The world should be prepared for the next outbreak. It is time to rebuild, reconstruct and demilitarise. 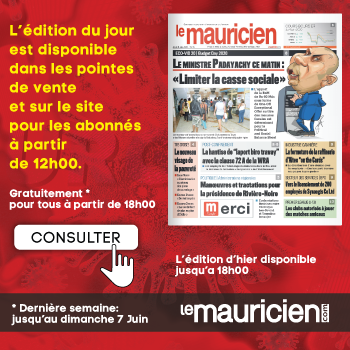