To mark the 150th anniversary of the birth of Mahatma Gandhi on 2nd October 2019, it is being proposed that the Mahatma Gandhi Institute (MGI) be consolidated through the creation of a subsidiary institution to be known as the Charlie Andrews Institute to enable it to play a more effective role in nation building. The new institution will operate in parallel

with the other existing subsidiary institution of the MGI, the Rabindranath Tagore Institute (RTI). Charlie Andrews, an English priest, was the closest companion of Mahatma Gandhi in his struggle for Indian independence from 1913 until Andrews’s death in 1940.

Furthermore, and of more relevance to Mauritian society, Charlie Andrews was the person who, in 1917, recommended an end to the Indian indenture system after having witnessed firsthand its cruelties in South Africa and Fiji.

The Government of Mauritius established the MGI by an Act of Parliament in 1970 to pay tribute to Mahatma Gandhi. The setting up of the MGI came on the heels of the independence of Mauritius on 12th March 1968, a date chosen because, on 12th March 1930, Mahatma Gandhi began the Salt March, a mass movement that is a landmark in the struggle for Indian independence. Mauritians of Indian descent had since long felt indebted to Gandhi because he had led the fight for the independence of India, the land of their forefathers. Unfortunately, the open admiration that Indo-Mauritians held for the Mahatma aroused misapprehension in other sections of Mauritian society, so much so that, at one time, they feared that an eventual Hindu dominated Government would, as part of its hegemony, replace the statue of Marie Reine de la Paix by one of Mahatma Gandhi.

To reiterate the esteem that Mauritius had for India, Dr Navin Ramgoolam and Shri Atal Bihari Bajpayee, the Prime Ministers of Mauritius and India respectively, laid, in 2000, the foundation stone for the RTI as a tribute to Rabindranath Tagore who was a writer, poet, musician, and artist. He was the first Asian to win a Nobel Prize, that of literature in 1913 for his poem Gitanjali. Knighted by the British in 1915, he gave up the title in 1919 in protest at the Jallianwalla Bagh massacre, during which British Army soldiers fired at unarmed Indians defying an unjust law. He is well known among literary intellectuals worldwide including Mauritius.

When we take cognizance of the biography of Charlie Andrews, we find that he fully deserves a tribute similar to that given by Mauritius to Mahatma Gandhi and Rabindranath Tagore. Andrews was born in England in 1871, graduated from Cambridge University in 1896, and was ordained as a Christian priest in 1897. In 1904, he took up a teaching appointment at St Stephens College in Delhi, India where he became acquainted with Gandhi’s struggle in South Africa in favour of the Indian community. He joined Gandhi in South Africa in 1913 to assist him in getting rid of a degrading system which forced Indian labourers to remain under indenture after five years unless they paid a poll tax. After succeeding in abolishing the poll tax, Gandhi and Andrews returned to India on 9th January 1915. 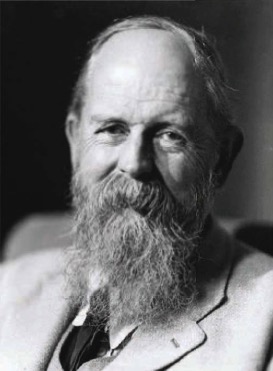 Thereafter, Andrews continued to support Gandhi in his fight to improve the lot of indentured labourers in various parts of the British Empire and in his much harder struggle for Indian independence. Gandhi sent him to Fiji twice to enquire about the fate of Indian indentured labourers on the island and, following a recommendation of Andrews, the Indian indenture system was formally abolished in 1920. Besides actively participating in demonstrations, Andrews published articles in the international press to raise awareness in the World on British colonial rule and the Indian national movement. For that purpose, he also visited many countries to deliver lectures and sermons. His broad international outlook, compassion for the oppressed in all lands and devotion to Christianity unsoiled by bigotry appealed to audiences of liberal minded people.

The primary aim of the proposal to set up a Charlie Andrews Institute is to bridge the gap of misapprehension existing in Mauritian society where one side may view Gandhi and a Hindu as being a threat to Marie Reine de la Paix and a Christian, and the other side may cultivate the stereotype that, because of the cruelties of past European colonial rule, Whites are bad. This misapprehension is a barrier to nation building. The Institute will study and promote the symbiotic relationship existing between Gandhian and Christian philosophies. It will be a fitting tribute to a person whom Mahatma Gandhi considered as being “more than a blood brother” to him.