Greetings. We have tried to reach you by email, and by protesting, but the leaders seem to be too busy to take our voice into consideration. I am writing on  behalf of the Dr Maurice Curé State College. Putting forward our appreciation and loyalty towards Mr Soondress Sawmynaden, ex-rector of the Dr Maurice Curé State College, as an argument would be a ridiculously childish initiative. Instead, standing on the grounds of democratic notions, it is most reasonable to expose the autocratic ploy of which the latter has been victim. The logic behind his transfer to Rivière du Rempart is inexistent, and thus gives rise to many questions, out of which the majority remain unanswered.

A man who has dedicated the greatest part of his life to the educational sector has now been double-crossed by the same sector. Instead of rewarding his long years of hard work and scarce absences, a blind eye has been turned towards all the progress he has brought to the quality of education in the country. It would be difficult for anyone to cite an example of a worse retirement ‘gift’. Let us not forget the fact that he is being sent away mere days before the results of the Higher School Certificate, preventing him from enjoying the fruits of his hard work.

All this goes without taking into account the travel distances that Mr Sawmynaden would have to cover everyday to reach Rivière du Rempart, which could prove to be excessively tiring for a person of this age, and also a sign of disrespect. Before this argument is revoked and called emotive rather than practical, we would like to remind our readers that this token of respect is usually given to educators and rectors alike as it is unheard of for a head of institution to be transferred across the island on the eve of his retirement.

Therefore, we are still waiting for a response from our leaders, that will indicate to us that justice does exist, and that the country is not a limp example of a camouflaged dictatorship. I would like to end this letter by insisting that Mr Sawmynaden deserves to have a proper farewell celebration at the Dr Maurice Curé State College.

Thank you for having taken the time to read this article. 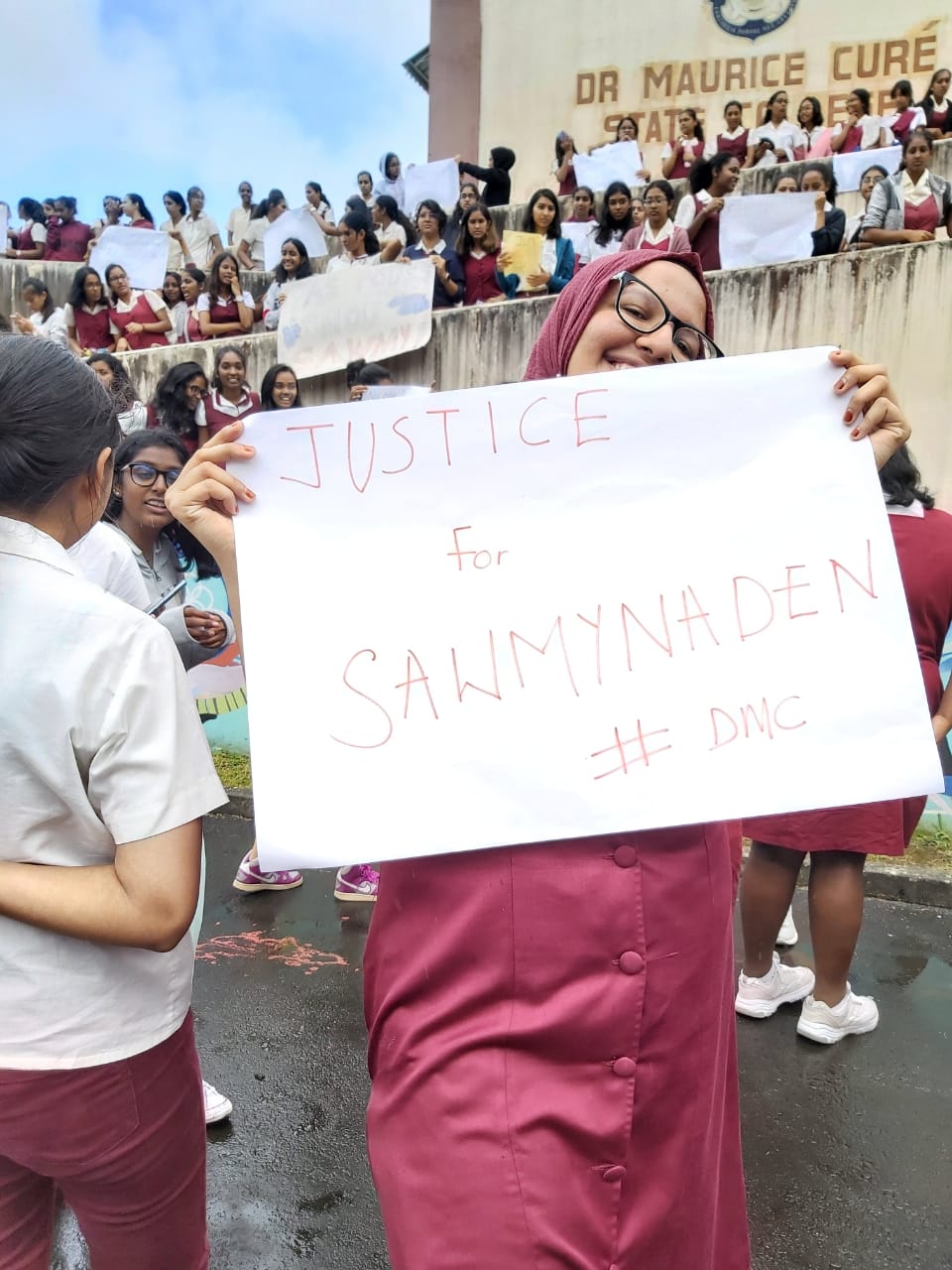