“Yeh mera deewanapan hai” is an old song from the Bollywood movie Yahudi (1958), with the great Dilip Kumar and sung by the legendary Mukesh. A song Sir Anerood Jugnauth (SAJ) and I shared. I would start a few lines and he would add a few. None of us could sing well, but we both enjoyed it over a cup of tea at his home in La Caverne. SAJ was too much of a fatherly figure for me to call him a friend, but for over twenty years we enjoyed a very special relationship and I treasure some great moments. As his official biographer I got to know the man, the politician and the humanitarian. His biography, Sir Anerood Jugnauth. The Living Legend, was published in 2013. 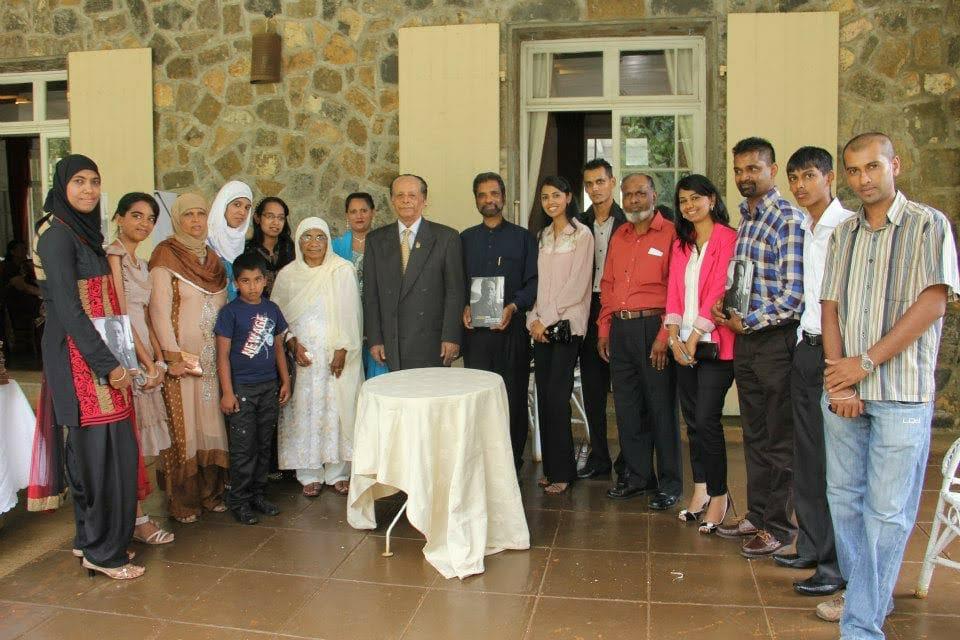 This is a personal tribute about someone that I have known personally. I am sharing some of my recollections.

Anerood Jugnauth was born on 29 March 1930, in the village of Palma. A great joy for his father Ramlochun and the latter’s wife when he was born. The local priest named the child Anerood, derived from the Sanskrit name Aniruddha, the son of Lord Krishna, meaning independence or care-free. Jugnauth is also derived from the Sanskrit name of Lord Vishnu, Jaganaat. The divine connection started from his birth. Anerood was destined to be a leader.

Like the descendants of indentured labourers, SAJ experienced the hard realities of the plantation system. His parents were modest and humble, and his father convinced that education was an escape from the plantation. Young Anerood started school and eventually enrolled at Regent College in Quatre Bornes. Assisted by his parents and his cousin Lall, he eventually went to London to study Law and returned to Mauritius as a lawyer in 1955. 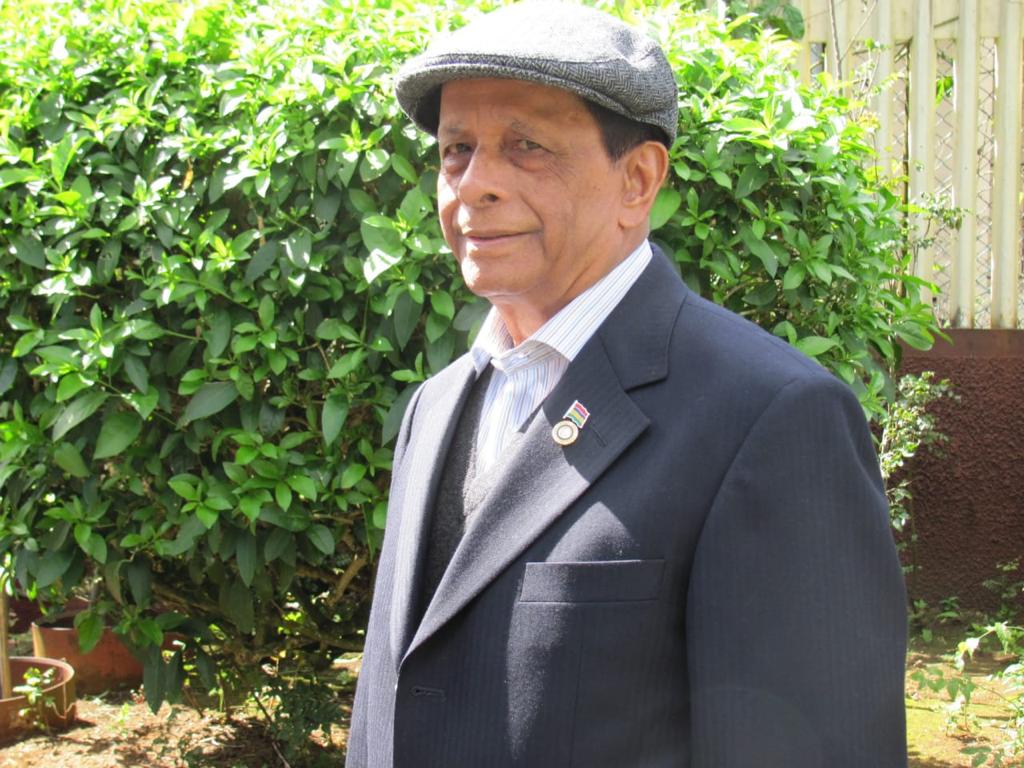 Anerood had a special relationship with Lall. He was his closest friend and confidante. Lall was a tremendous influence on the young Anerood. It was through him that he developed an interest in politics. The sweeping changes in the 1940s and 1950s, shaped his political convictions. Anerood once told me: “I was a young boy when I heard Dr. Maurice Curé speak. I started toshake when he spoke. Lall was holding my hand. At that time, I had no idea that some day I would be addressing a crowd like the Dr.” 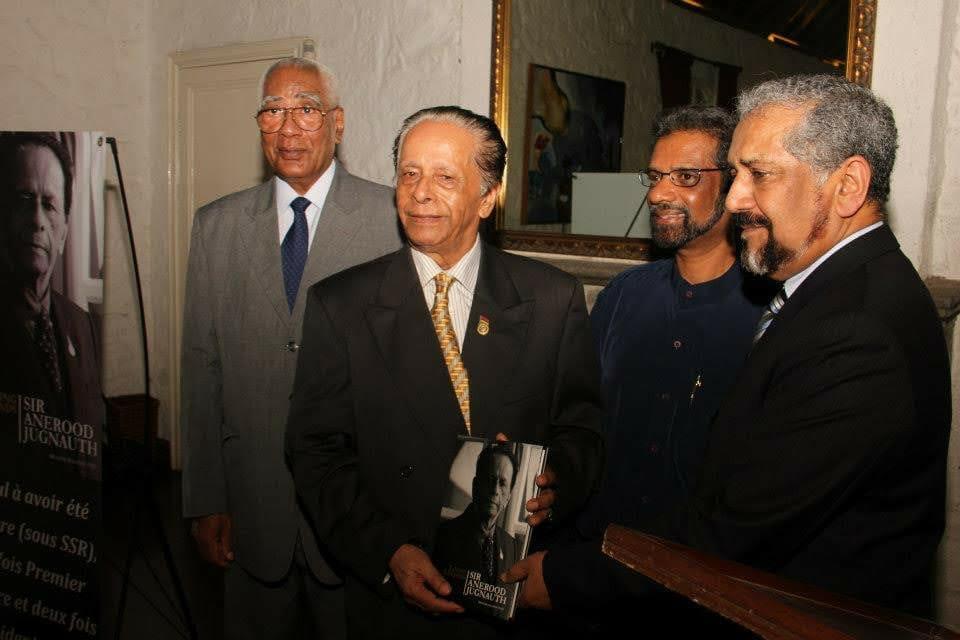 Events and experiences shape our lives. SAJ was a product of the time he grew up and lived. From the time he was born and the decades that followed, he experienced everything, from wars, atrocities, colonisation, decline of the British Empire, emergence of institutions like the United Nations, the World Bank, and the independence of Mauritius. “I have seen it all. I was a student in London in the 1950s, where many future nationalist leaders were studying and forming their visions. I had met Nyerere, Nkrumah, and Nehru. We had something inside us that was burning. We

could not explain it, but it was there”. It was in London that SAJ heard of the Fabians and read widely. He had a socialist inclination from his London days. Naturally, when he met Sir Seewoosagur Ramgoolam (SSR), the chemistry was evident. SSR provided him the opportunity to enter the political scene. SSR was very fond of the young Anerood and had high expectations of him. 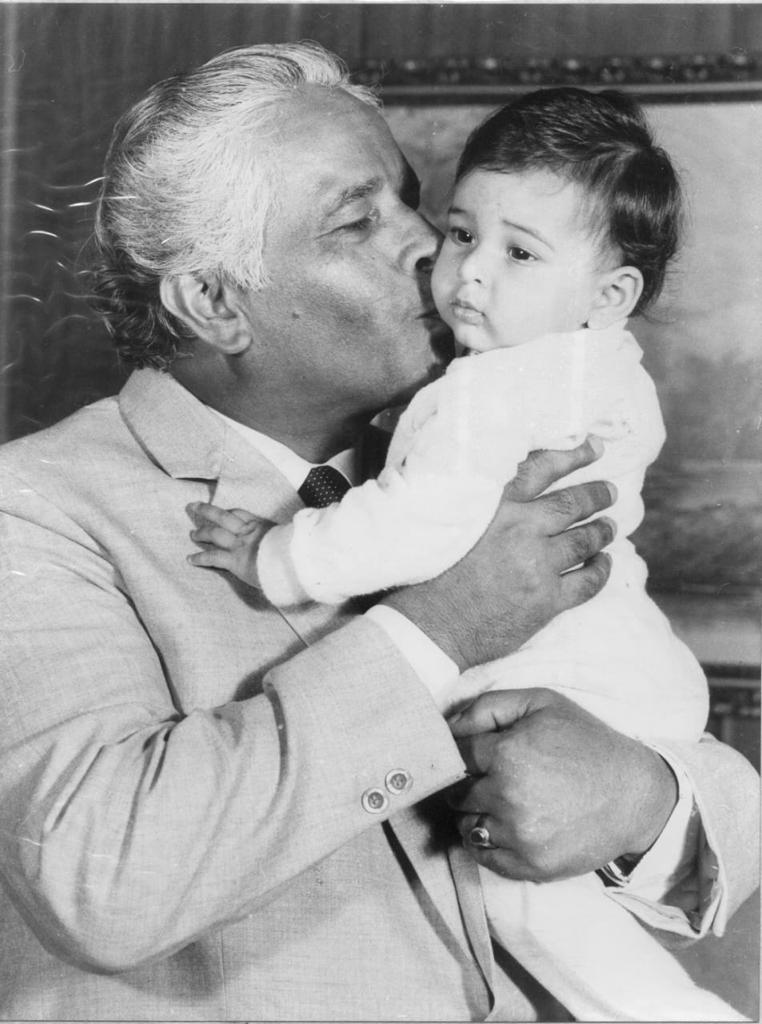 To me, SAJ was above all a humanitarian. Someone who spent more than six decades in politics, elected as the Prime Minister on several occasions and served as the President of the Republic, is no ordinary politician. Those who knew him, would appreciate his political achievements. He had a sense of compassion and humility in him. When he heard there was a wedding in

my family, SAJ and Lady made sure they were present. They delighted the guests. Once Dada Abdool Cassam Peerally, the entrepreneur from Camp-Fouquereaux told me this story: “I had some property in Hermitage and Camp-Fouquereaux and ran into some legal difficulties. I needed a lawyer. I was in Port Louis and heard of a young lawyer who had just arrived from England. He had no office. I met in front of a cinema. Anerood told me that I was his first client. From that time, we became close family friends. For a few rupees, Anerood solved my problem. I knew he had something special”.

SAJ was a humble but proud man. He rose above the crowd. Although quite abrasive at times, he stayed pretty much a rural village boy. I once told him that he was more of a working-class hero, with his miner’s cap. That picture suited him. At times, he sounded rude and obnoxious and ran into difficulties for his language and comments, but one must understand him, and the context. He was a character who spoke up his mind and very upfront. He would say: “I am from the village of Palma, that’s the way I speak”. On occasion, he looked like an angry lion, inside, he was a big softie. In public, he was the fearsome statesman. Over dinner, he was one of the most charming individuals, very fatherly telling hilarious stories and jokes. He was a man for all seasons.

When SAJ left the State House in 2012, he was like a wounded soldier. I met him a few months after he had resigned. I had never seen him so upset; his eyes clouded with tears. He felt humiliated and betrayed. He spoke about betrayals, conflicts, humiliation and lack of respect by people whom he admired. For several minutes he remained quiet, never spoke a word. One could feel the pain inside him. Then he said: “We have work to do”, and he hinted what he had in mind. He was a shrewd man, an experienced political strategist and knew exactly what he wanted to do. When he won the elections in 2014 against all odds, I was at his place the night victory was announced. Lady Sarojini summed it up: “This is an historical moment, only SAJ can do it”. Indeed, SAJ had made an historical come-back. One should never underestimate a personality like SAJ. 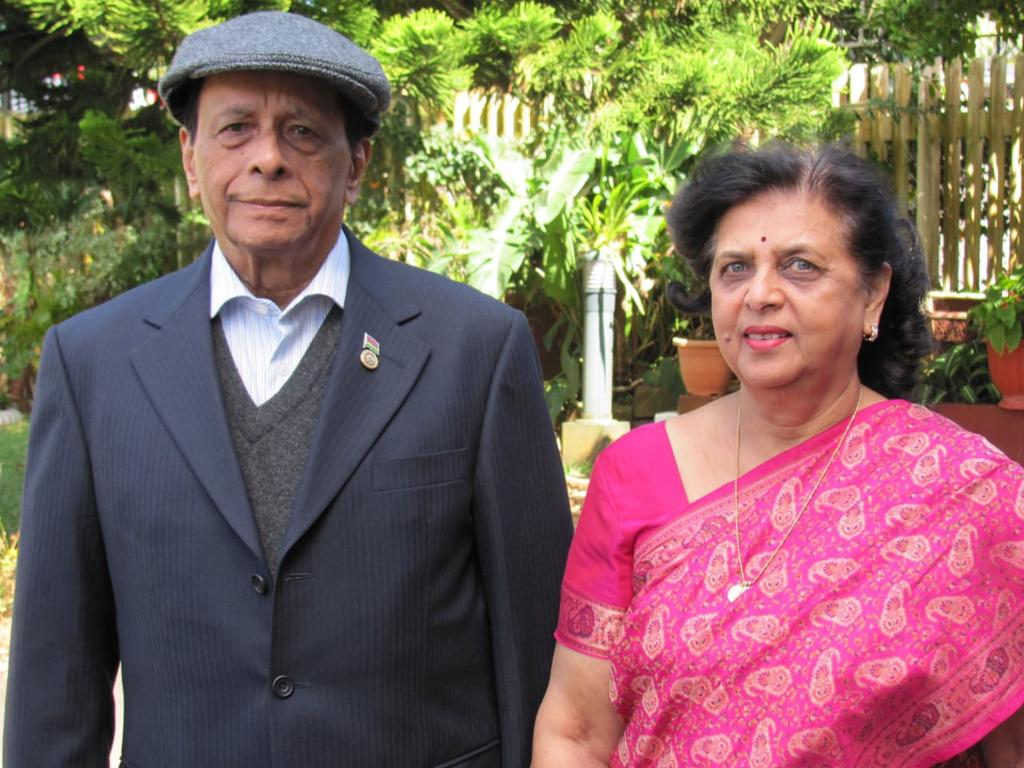 SAJ was a socialist and he was committed to the welfare state. He added: “In this day and age, it is morally unacceptable for people in Mauritius to go hungry. I cannot accept that. We have to care for our children and our elderly. Tell me, how many countries can do what we do here. But I say, we can still do more”. Since independence in 1968, SAJ has brought development in the country, and worked with all the major political parties to lead the nation. One may disagree with his politics, but very few possessed his political acumen.

A family man, a devoted husband and a caring father, SAJ led a full life. Lady Sarojini, always by his side, was his closest friend and supporter. Admired by many and loathed by some, whether critic or admirer, he created history. I once reached his home a few minutes earlier. He opened the door as usual with a big smile. He had just finished his meal: fish curry, his favourite. He looked at his shirt and said: “Even my shirt likes masala”. We laughed and hugged.

One thing I learnt quickly. Don’t meet with SAJ after a football match, especially if

Manchester United had lost. He was a die-hard fan of this great team. His head was like an encyclopedia, he knew the names of the players, coaches and even remembered the scores. His greatest moment was when he was received by Alex Ferguson, the former Manager of Manchester United at Old Trafford in England. “Sir Alex is a great man. He should go into politics and get things done”, SAJ added with a big laugh.

Getting things done. That’s SAJ. He was a doer, very business like and did not waste time. He liked getting results and would scream if files piled up. The last time I visited him at the Prime Minister’s Office, his desk was clean. He was very disciplined and knew how to delegate and get things done on time. In politics he used to say, we do not have friends. Do what you think is right and pay the price later. Indeed, SAJ was a colourful personality and did not escape controversies. A seasoned politician, he knew how to navigate when the water turned muddy.

In his long political career spanning nearly six decades, SAJ has left his landmarks in Mauritius. He once told me that we taught the British a lesson on diplomacy. Chagos is ours. Who can argue? As the circle closed on him, he became a recluse, staying away from public life, but firing bullets occasionally. A deeply spiritual man, he chose to remain private in his final years. I hope history will be fair to him and place him as one of the greatest statesmen Mauritius has produced, a man of vision, a legend for the history books. He was immensely proud to make the country a model welfare state. In the end, SAJ remained the committed socialist that he was. All this aside, to me, he was a singing buddy, we enjoyed having tea and sing along. I will miss this old lion, with a big heart. I will remember him as “Chacha”, the man with the miner’s cap. Rest in peace SAJ.