Because he has never been closer in getting back into parliament. As chart 1 shows, his vote share in December 2014 was almost three times better than his previous attempt twenty-three years earlier.

The double-digit performance was the result of the increased sophistication of voters, Jack’s track record as a union boss, his position on a range of national issues over the past four decades and voters’ desire to thwart the wicked plan of a scheming trio. His 11.5% vote share in the 2017 by-election (see 2) was even more impressive because unlike in a general election voters had only one vote. 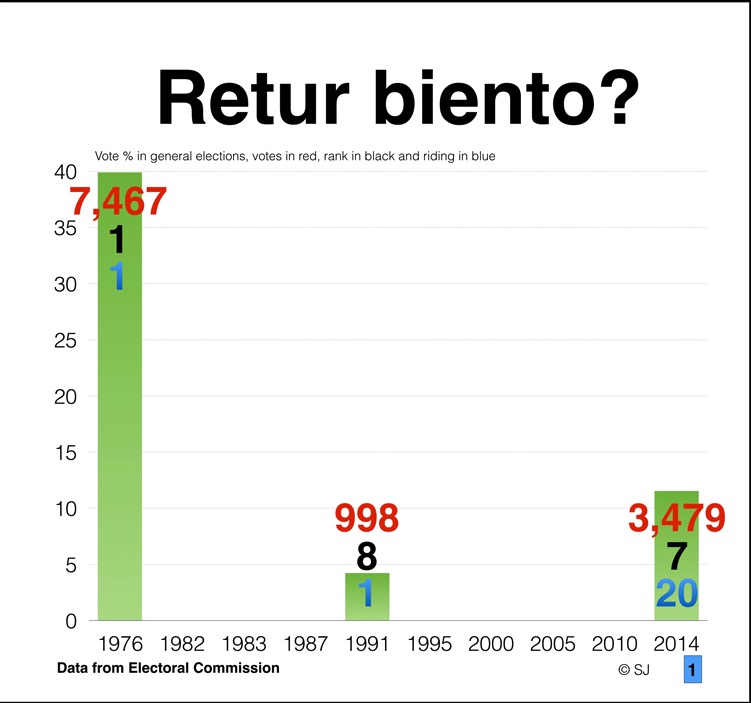 The fourth-place finish put him within breathing distance of Ms. Juddoo, the candidate of the MMM, who had mobilised way more resources than he did in the riding that had elected her then-leader for the first time in 1976. She has since left the MMM and that party is skipping the by-election in no. 7 so as to avoid making more voters wonder whether all it can now aspire to is a decent autopsy. Which shouldn’t be too difficult for this right-wing party to obtain and that too at a fair price given the skill set available within its ranks.  The shoestring budget on which Mr. Bizlall ran his campaign ensured that he probably spent the fewest number of rupees for each one of his votes. 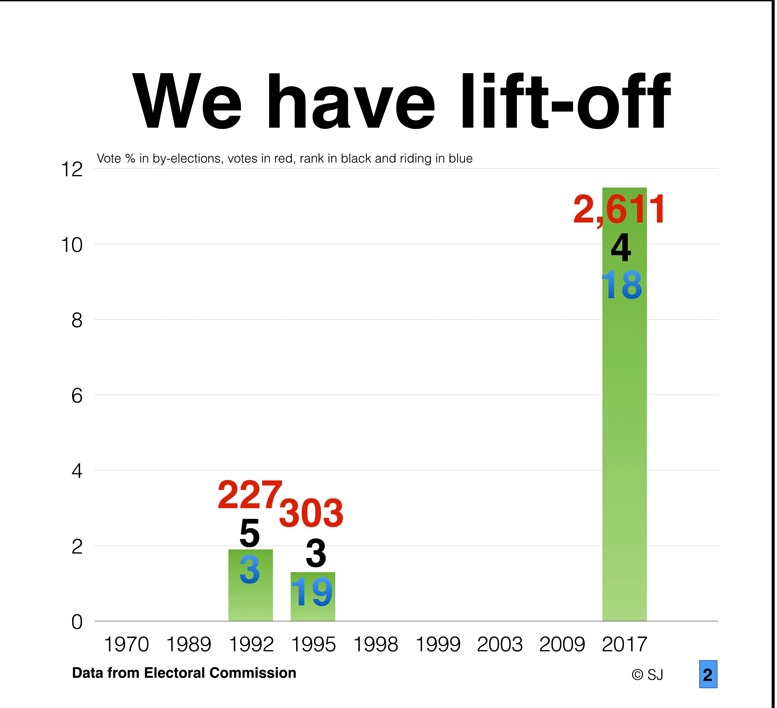 Swearing an affidavit in these times of maximum distrust in our political class – an ahead-of-its-time decision – has surely helped and will most likely become an essential condition before we even consider who we’ll be sending to parliament in the next few months. That’s especially true given that it appears that trickle-down economics has helped to end the long love affair between Pamplemousses/Triolet and Ramgoolam II.