A fool flatters himself, a wise man flatters the fool. Edward G. Bulwer-Lytton

In William Shakespeare’s Julius Caesar, a play written in the 16th Century, we saw how Caesar enjoyed being flattered – just like so many politicians around the world today. And this very craving for flattery led to his downfall which culminated in his assassination on the 15th of March – the Ides of March. Caesar, as arrogant as so many who wield power and authority, had previously brushed aside the prophecy of a soothsayer and called him a dreamer!

Mauritius, and the world for that matter, recently witnessed a tragi-comedy involving the President and the Prime Minister. The whole episode occurred around the Ides of March and it took quite a number of days to unfold.

After the tug-of-war in Paradise Island which, incidentally, occurred at a time when the country was celebrating the 50th anniversary of its independence, we hope the country will not have to face more dilemmas in April. Already a lot of irreversible damage has been done to our natural environment, and the massacre is still going on in places like Promenade Roland Armand, Pomponette and La Cambuse. Let’s pray that our social environment is not similarly undermined by April’s fool for, then, it will not be a comedy but a tragedy!

Let’s make sure we are not taken for a ride, like some… April fools. May all honest folks leave their ego aside and join hands to clean the stables! We are thinking of all those ‘little’ groups which, if they do overcome their ego and come together as a solid block, may well wipe out the “big” political parties from the political scene – “big” parties which have been around so long… 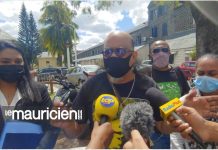 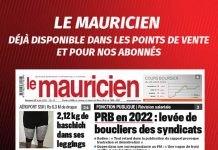 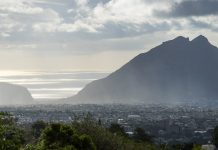