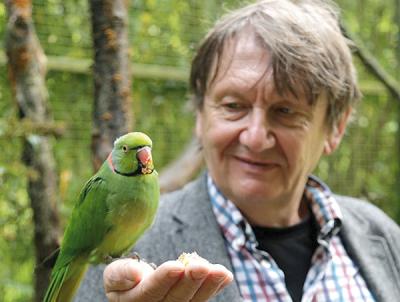 A successful program of captive breeding of the Mauritius kestrel and a lifetime devotion to saving tropical endangered species have helped Carl Jones win the prestigious Indianapolis Prize – a $250,000 award given to a scientist who has made an extraordinary contribution to conservation. Considered the world’s leading award for animal conservation, the prize is given annually by the Indianapolis Zoological Society in Indiana.
London in May, and will be offi cially honored at a gala event in Indianapolis on Oct. 15. He is credited with saving nine species from the brink of extinction in Mauritius.
He came to Mauritius for a one-year assignment in 1979 to close down a conservation project that was being phased out after just a few years. Jones knew that it would take far longer than that to actually make a difference in restoring a species, so he secured funding from another organization and stayed for 40 years. At the time of his arrival in the 1970s, Mauritius had lost more than 95 percent of its biodiversity.
Jones concentrated on the plight of the Mauritius kestrel and pink pigeon, keenly observing their habits and habitat, and developing a successful breeding program to save them. Under his tutelage, the kestrel populatio n grew from four individual birds – making them the rarest bird in the world – to 333 over the next 10 years. Today, there are thousands of kestrels in Mauritius.
Jones also worked to clear Round Island of the goats and rabbits that had been eating off almost all of the indigenous plant and animal species. Within a year, plants once thought to be gone forever began to grow again. Jones also helped the Mauritian government establish Black River Gorges, the fi rst national park in Mauritius. «I know of no other conservationist who has directly saved so many species from extinction,» said Dr. Simon Stuart, chairman of the International Union for the Conservation of Nature Species Survival Commission. Stuart nominated Jones for the prize, which brings international attention to conservation and celebrates those who have made extraordinary contributions to the field.
Jones brought a unique approach to conservation. Manipulative techniques like captive breeding were untried and controversial at the time, but Jones believed that they were effective, and he recognized the importance of restoring entire ecosystems rather than focusing on a single species.He believed that to save one species, you had to save them all. In 1999, Jones turned over his breeding project to Mauritians, and each year he spends about four months on the island to train the next generation of conservation scientists.
He currently travels to other countries as the chief scientist of the Durrell Wildlife Conservation Trust to help establish conservation programs, and also serves as scientifi c director of the Mauritian Wildlife Foundation, which he helped launch. In 2004, he was awarded the MBE – the «Most Excellent Order of the British Empire.»
Jones told the Indianapolis Star newspaper that he will use his prize money to start a pension plan and support his children’s education. He will also support conservation programs in Mauritius. «It takes a long time to save a species and when you start with a species, you can end up restoring whole (eco) systems,» Jones told the newspaper. «That is one of the most powerful messages to come from Mauritius.» 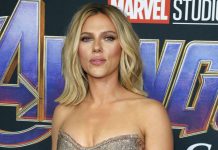 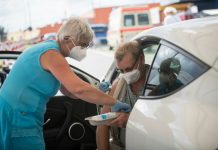 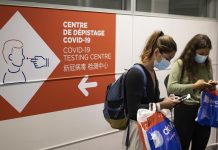