This article has nothing to do with either being paranoid or hysteric about the November 2019 election results but addresses rather the pertinence of mobilizing, to make our voices heard so as to prevent citizens’ votes being stolen again in the future. In so doing protect our rights and our lives. Electoral outcomes resulting out of an unethically conducted election is dangerous for any nation.

A protest culture is therefore necessary to ensure that the civic space does not shrink further in this increasingly authoritarian era. Indifference of citizens means rapidly diminishing democratic agency, allowing hegemonic forces dominate people’s lives and trample on their rights. This is precisely why the newly created platform: ‘Nou Lavoix, Nou Dignite’, should be congratulated and supported. Behind such protests, there often lies an alternative vision of society – one focussed on combating inequality, promoting justice for all and improving people’s lives. In short, a vision not dominated by the logic of growth and profi ts but a rights-based approach to development.

Recently, the former United Nations High Commissioner for Human Rights, Zeid Ra’ad Al Hussein, noted that world leaders are failing to defend Human Rights or protect populations from violence, and that they are “morally weak, short sighted and mediocre’. His words may be perceived as very strong but a sad reality nevertheless. Strong, competent, compassionate leaders with a strong moral compass, oriented towards human centred and ecologically conscious development, are necessary in this ‘dysfunctional world’, but when one looks around, one finds that such leadership remains largely absent. The dearth of such leadership may make it very difficult to achieve sustainable development and improve quality of life across generations. 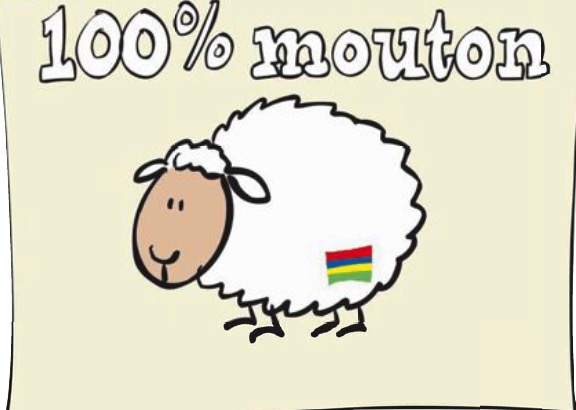 THE UN Sustainable Development Goal (SDG) 16’s aim is to ‘promote peaceful and inclusive societies for sustainable development, provide access to justice for all and build effective, accountable and inclusive institutions at all levels’. In fact, SDG 16 seeks to address a major omission of the Millenium Development Goals – that of governance, inclusion, participation, rights and security. The question that then arises is how is the latter possible when citizens feel cheated by the electoral process, when electoral laws remain static and fail to evolve with modernity. Perhaps the protests organised by ‘Nou Lavoix, Nou Dignite’ contain the seeds of some important forms of renewal and can assist in breaking the diverse silences of complicity and allow for a clean, ethical Mauritius to emerge.

The right to vote is a fundamental right, which, if exercised, has the potential not only to contribute to regime change but to shaping society and giving it the direction that ordinary citizens wish to see. Barry Burden, a Professor of Political Science and Director of the Elections Research Centre at Madison University notes that : ’…nearly every thing we experience is touched by government’ and of course not always positively. It is perhaps precisely because of the way that our lives have been impacted upon by the regime in place between 2014-2019, that ONLY some 37% of the population voted for the return of Pravind Jugnauth and some of the fresh and old faces that he brought along with him.

The latter bagged some 63% of the seats in parliament, leaving ‘L’Alliance Nationale’ with some 22% of seats in parliament, despite the latter reaping some 34% of the votes. This ‘archaic’ electoral system coupled with various irregularities and anomalies, let alone the fact that friends from Rezistans ek Alternativ could not participate in the elections, has contributed to some kind of malaise in the country. Allowing the malaise to grow into multiple forms of uncertainty and frustration can lead to the eruption of violence. It is therefore in the best interests of everyone that the law courts give their verdict on the different electoral petitions, fi led by the opposition parties as soon as possible. Stating that Mauritian democracy has been hijacked is in no way tantamount to tarnishing the image of Mauritius. It is certainly not the intention of the patriotic protesters nor any other dissenting person to embarrass the government in any way and in any place whatsoever. What some call ‘Politics of Embarrassment’ should not be confused with ‘Politics of Truth.’ If we want our institutions to function effectively and want justice for all, Truth, Transparency and Accountability remain key.

Experts are generally asked to assess the quality of national elections on the following sub dimensions: Electoral laws, electoral procedures, district boundaries, voter registration, media coverage, campaign fi nance, voting process, vote count, results and electoral outcomes. Such facets of elections often camouflage other electoral processes and happenings which then have a bearing on the integrity of the elections. The Electoral Supervisory Commissioner himself, on a video circulating on the net, tells us that when an electoral voter register is poorly prepared, the elections cannot be considered credible. The fact that some 7000 people have been robbed of their right to vote therefore puts the integrity of the electoral process at stake. While there is no universal definition of electoral integrity, the Kofi Annan Foundation notes that electoral integrity can be generally defined as : ‘… any election that is based on the democratic principles of universal suffrage and political equality as reflected in international standards and agreements and is professional, impartial and transparent in its preparation and administration. What has been happening in the aftermath of polling day makes the question : ‘How impartial and transparent has the 2019 election process effectively been?’ most pertinent. Ballots going around in the country, the unease expressed by some about computer rooms which candidates could not access, ordinary vans allegedly instead of SMF ones transporting ballot boxes, the magical capacity of a ruler/Tsquare arranging ballots in a box, the uncertainty regarding the location where ballot printing took place, ‘money politics’ permeating each layer of the voter’s life, has created a lot of doubt in the citizen’s mind. TRUST has waned out. Given the failings of the last elections, the interrogations and angst of ‘Nou Lavoix, Nou Dignite’ are justified. All of the above and rumours concerning the possible involvement of some foreign parties exacerbate the mistrust resulting from this black chapter of our electoral history. We therefore request all citizens, inclusive of politicians who believe in upholding Mauritian democracy as per our Constitution, to provide their full support to the protesters so that together as ordinary citizens, we can reinvent Mauritian democracy along ethical lines. The authorities need to act fast since many fellow citizens continue to suffer: the jobless, the drug addicts and their families, those struggling to keep their homes dry or seeking refuge elsewhere in the face of heavy rains, the ones waiting in agony for an organ transplant, the victims of persistent gender-based violence, the disabled who await to be freed from discrimination, the rapidly eroding purchasing power and the consequent difficulty of bringing food to the table etc….

In addition to the above, we also have large segments of Mauritian citizenry who are fed up with the opacity shrouding the nation and desperately want the introduction of a Freedom of Information Act as well as the regulation of Political Finance. Elections can change lives but when they are not ‘free and fair’, when manifestos and programmatic vision do not play a significant role on the voter’s mind, when corruption is entrenched and patronage-clientelist frameworks prevail, there is very little chance for development, let alone sustainable human development to take place. The freshness associated with emerging civil society platforms brings about a ‘Politics of Hope’ and may prevent the further polarization of Mauritian society. Expressing disdain towards those claiming back the democratic and electoral space means being on the wrong side of history! 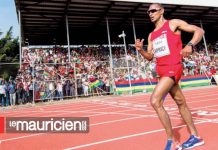 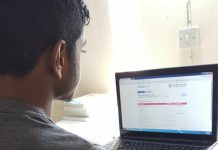 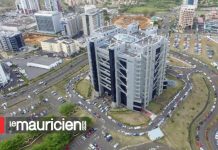