The visit of President Xi Jinping to Mauritius marks a milestone in the consolidation of our relations with the People’s Republic of China. Mauritius, a tiny island, almost an imperceptible dot on the world map, feels deeply honoured and privileged to host the visit of such a political giant of a country emerging as the second economic power. Mauritius occupies a special place in the heart of China and vice versa. A section of our diasporas came from the Middle Kingdom. We have a vibrant Chinese community which, though small, had earlier played a major role in the tightening of ties with China. Mauritius has stood by the side of China during the gloomy days of Mc-Carthism thanks to the vision of SSR. Over the years these relations have been cemented and as a token of friendship and gratitude Xi makes it a point to visit us in spite of his time-restraint programme. China has helped and is still helping Mauritius in various ways on the path of development. There is not a single sector where there is no imprint of Chinese contribution to the development of our island in terms of infrastructure like roads, dams, stadiums, hospitals and airport and which are rapidly enhancing the physical appearance of the island. China has moreover opened its university portals to many of our students and many scholarships are made available to Mauritian students. The influx of Chinese tourists has enhanced our touristic sector. The opening of China Bank has boosted our commercial transactions with the mainland. Thanks to Chinese products many Mauritian households can enjoy a little comfort in the families. China has poured grants and donations to us to modernize the island. Massive investments in the form of loans and stake-holding in an array of sectors. The visit of President Xi Jinping is historic after that of Hu Jintao a few years ago.

One thing for sure, never has it been nor will it be the intention of China to colonise Africa as some detractors may pretend. China views Africa with different lenses. Where the western colonial powers have failed, China will succeed. The Chinese have won the hearts of many African countries with their win-win policies. President Xi Jinping heads to Africa as Beijing moves to further cement relations with the African continent. His first visit to Africa after his recent election spans across Senegal, Rwanda, South Africa and Mauritius.

Chinese leaders have always made it a point to visit African nations. This is the second visit of a Chinese head of state to Mauritius after President Hu Jintao. The Belt and Road initiative has only deepened the role of Africa even more. BRICS (Brazil, Russia, India, China, and South Africa) summit on 25th July in South Africa stigmatized what they called a ‘new wave of protectionism’ and considered US measures to be undermining global trade and economic growth. Gone were the days when China had to stoop down to the diktats of USA but Xi Jinping has made it known that he will retaliate by a tit-for-tat in the trade war with USA. Amid the escalating tensions of an impending trade war there sparks the speculation that China would let the Chinese yuan fall so as to make their goods cheaper on the world market. China is ready to challenge Trump in the war trade. Gone were the days when it can be cowed by western powers. 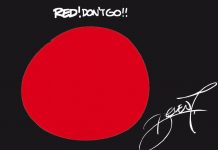 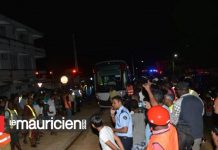