It always comes as a shock to learn the death of those luminaries who have been so crucial to changing the way we think about the world, those  whose daring bravery in challenging the status quo of ideas of their generation, helped push the paradigm of perception and helped make the world a little better than before they came on the scene. Chinua Achebe,  who died on Friday 22nd March at the age of 82, was one such figure. Everyone knows Achebe for his magisterial Things Fall Apart and the two books which form the sequel to the African trilogy- No Longer at Ease and Arrow of God. Everyone knows them since even with or without literary and/ or postcolonial leanings we are introduced to his writing through the Cambridge literature syllabus. But how many understand why Chinua Achebe became such a major figure of the international literary scene and specially why?
Achebe was of the first generation of African writers who were struggling to construct an idiom which would disengage Africa from the disempowering images vehicled about Africans and their culture through the stereotypes of colonial perception and the fiction which it gave rise to. Together with Wole Soyinka and James Ngugi, who subsequently became Ngugi Wa Thiongo, they are the three towering figures of the African literary scene, heralding an African Literary emergence, because they transformed the very nature of writing and re-appropriated both the English language and its privileged form of narration- the novel.
In 1977, Achebe gave a groundbreaking lecture at University of Massachussets: “An Image of Africa: racism in Conrad’s Heart of Darkness” which caused many to protest and walk out. For the first time he gave voice to  the demeaning representation of Africa and Africans in what was considered to be a masterpiece of Twentieth Century English literature- Joseph Conrad’s Heart of Darkness. It was the first time anyone dared attack the literary establishment and accused literature of condoning the ideology of colonialism, through the literary word, by organising and slotting the world into a pre-civilisational and civilisational narrative. Jacques Derrida had forced the establishment of European philosophy to do exactly that with his  White Mythologies. But this time the voice of protest was coming from one of the subaltern races. The articulate native had woken up.
Since then we have had Edward Said, Abdul Jan Mohammed and many many others. But it was Chinua Achebe who showed the way and showed through the hybrid English that he used in his first novel, showed how the consciousness of nativism could be made visible and articulate by borrowing, challenging and rewriting, in short deconstructing the paradigm of classic fiction.
Achebe though was far from being an apologist for idealized nativism. His writing lucidly shows the way in which internal failures paved the way for a civilisational overhaul of Africa which would change the face of the world.
He gave us hope. Even to many of us who came to know of his work many decades after it was written. And his ideas will forever shape the way we think about the world, for he brought about a paradigm change in the structure of thought, about Africa and the many other regions of ‘darkness’ created by colonialism.
I  should technically give details about the course of the writer’s life, about his self-imposed exile from Nigeria in the face of the corrupt and ineffective government, in the face  of the failure of the hopes of the post-independence years. I guess I  should be giving details about the car  accident in 1990 which left him paralysed. An tribute should also speak of his numerous literary awards as well as the incredible number of Honorary Doctorates he received- about 30 in all.
However, since all this information is readily available everywhere on the internet in major international newspapers the world over, I will refrain from making such a list here.
Rather I will interpellate the readers as to the failure of the dream of the writers and thinkers of Achebe’s generation- the dream of postcolonial empowerment, where the recognition of alterity and difference would have been a realization of the inheritors of  the dispossessed, the subalterns of yesteryears…
It is more difficult  now to kindle the narrative of alterity in fiction, in poetry, and the many derivatives of media  culture, because the onslaught of narratives coming from the North are ever more present in our contemporary landscape. Despite or because  the breaking down of barriers to knowledge, made possible through technology, has also lead to an erosion of the imagination of alterity. It would be much more difficult to effect a similar paradigm revolution in narratives of representation now, because all the narratives have mixed up- . And because the literary imagination has always been infused by the complex reality of culture and society, is now also dependent on media culture and its transnational demands, it would seem that  Chinua Achebe’s achievement will always leave us all as midgets, looking back to the work of the giant achievers of the past. 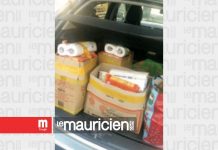 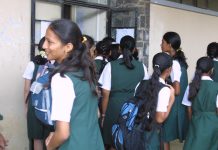