A British journalist, Sefton Delmer, wrote in the Daily Mail in 1954 that “Rozemont is a born rabble rouser and the most popular union leader. But he is a long way from being the influential voice that makes the Labour party policy. That voice belongs to a little Indian, Dr Seewoosagur Ramgoolam”.

Delmer’s assessment gave an indication of the quick ascent of Ramgoolam in the Labour party, if not, in the political firmament. Already, one had a grasp of how policies and decisions and the management of affairs could be influenced in colonial Mauritius with a Labour majority in the Legislative Council. As, for example, one crucial item would be the role of the Labour party in shaping Constitutional advancements. Dr Ramgoolam was one of its leaders in the 1950s whose outputs were significant. That was why the British journalist in his evaluation of local politics rated Ramgoolam highly as one who could alter the course of events.

Nonetheless, Ramgoolam chose to be on the side of the British Colonial administration rather than with the militant Labour party of Dr Maurice Curé when disturbances on sugar estates had flared up throughout the island in 1937. That could be explained by the fact that a mass movement of the type unleashed by the Labour party was not Ramgoolam’s cup of tea. Even Renganaden Seeneevassen declined Curé’s invitation to join the Labour party in the thick of the struggle when the two men met at Me Beedaysee’s home.

Instead of engaging himself in a head-on confrontation with the Colonial administration, Ramgoolam opted to beard the lion in his den. He began by championing the Indo-Mauritian cause, a move that was not to the taste of Maurice Curé who lashed out at Ramgoolam for being a “self-appointed leader of the Indians”.

The island was just recovering from the labour unrest when Ramgoolam made his first move to penetrate the closely guarded political circle. That was by a visit to Le Réduit with a delegation on 3 December, 1938, to inform the Governor, Sir Bede Clifford, caught off balance by the wild strikes that the Indian community “whole-heartedly” supported the  government’s welfare programme and that “the majority of them did not share in any way the unwarranted attacks against the Governor and the Procureur Général”.

In other words, that meant the Indian community dissociated itself from the Labour party and backed  the Governor who had been enjoying a placid life   until he got the wake up call from an aggressive Labour party.

Such a move proved effective, for not only was Curé stripped of his large Indo-Mauritian clientele but the Indo-Mauritians discovered a new messiah in Ramgoolam who benefitting from his status as a medical doctor, a rarity in the Indian community, and the esteem he would earn, consolidated his stature, thus paving the way for his future political career.

There were already indications of the political contours likely to influence Ramgoolam’s future strategy.  The first salvo against his visit to Le Réduit was fired by Raoul Rivet, Editor of Le Mauricien, who warned :  “On n’entre pas dans le cabinet de Son Excellence comme on entre dans un moulin…”. Ramgoolam retorted : “We went there to make certain representations on behalf of a community that has no proper voice in the political management of the colony…”.

Ramgoolam’s pillar of strength rested on the Indian community. Since that community numerically outnumbered the rest, that was a factor that could not be discounted in a multi-racial island. His ascent seemed quite rapid. His nomination as a member of the Board of Mauritius Institute in 1939 in replacement of Mr Georges Antelme drew severe criticism from the newspaper Le Cernéen.

And then, the following year, through the Director of Labour, Edward Twinning’s recommendations, the Governor got Ramgoolam a seat as a nominee in the Legislative Council, although much later, Sir Bede confessed having actually met Pandit Mookataram, but that “Ramgoolam was my choice. I never considered any other candidate”. 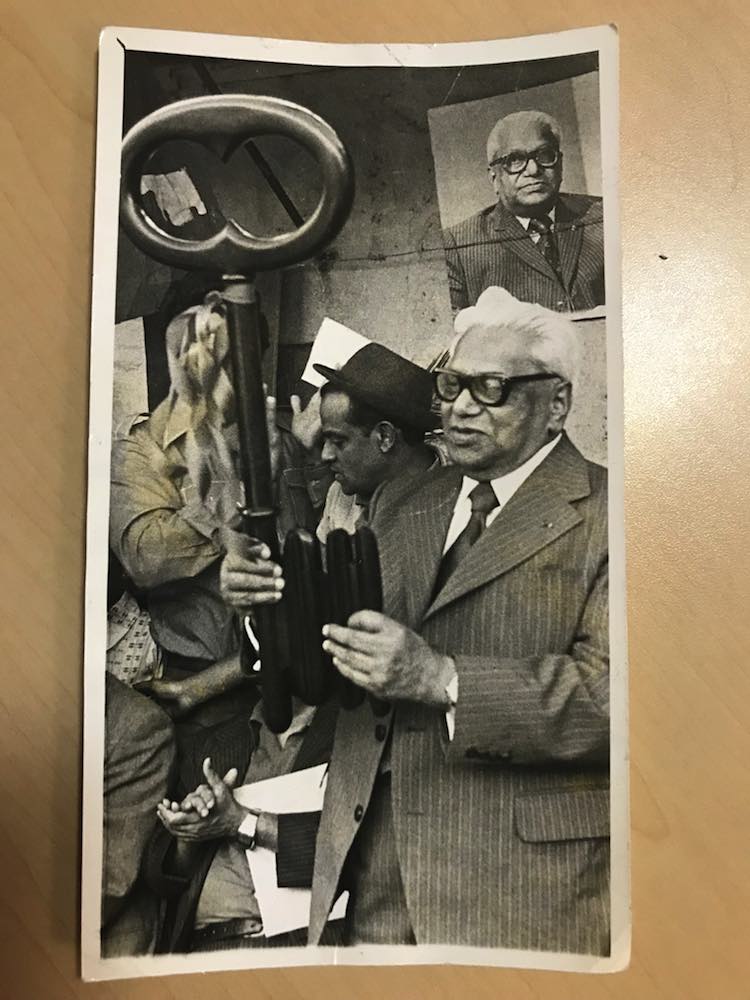 However, the 1950s saw the unfolding of two events that gave wind to the sails of Ramgoolam in his climb to the political firmament.

First, the award of a new Constitution in 1947 that enabled a wider participation of the population in the electoral process.

Second, Indian independence and a speech by Sir Maharaj Singh in which he said that “I firmly believe….Mauritius will be an Indian colony” sent panic ripples in the colony. India’s independence flushed out a flurry of excitement so that in a large measure it was to develop, according to Governor Robert Scott, into the notion of “separateness” and “exclusiveness” or simply put, what came to be known as “khoonism” (blood relationship).

That display of the “khoonism” galore consolidated Ramgoolam’s grip on the Indian community and by ricochet on the political stage. In the meantime, his rapprochement with the Labour party, in particular, his intimacy with Rozemont and the role he assumed as leader of the Parliamentary group in the Legislative Council placed him in a striking position for the Labour party leadership if circumstances were to arise. That was so despite he was elected as an independent candidate in the 1948 general election at Pamplemousses-Rivière du Rempart.

But by 1951, Ramgoolam was in the Labour party’s bandwagon, clamouring for radical reform in the style of the British Labour party’s radicals, Jimmy Maxton and George Lansbury whom he so admired in the days of his medical studies in London. For example, in 1951, he spelt out his agenda: free distribution of Crown lands to labourers so that they could grow crops to supplement their meagre wages; the nationalisation of key sectors of the economy like the sugar industry, the Docks, Banks and insurance companies; the granting of free secondary education (instruction gratuite dans les écoles secondaires) and the introduction of universal adult suffrage.

But as time would show, that agenda though loudly cheered by the people at public meetings sounded more like a communist prescription and seemed more motivated by concerns for political expediency and nothing else.

The leftist tendencies adopted by Rozemont and Ramgoolam and the bond they shared were viewed by Sir Robert Scott as a “shotgun wedding”.  That relationship catapulted the Labour party to the zenith of its popularity but stalked fear and panic in the Franco-Mauritian community.

Indeed, the 50s and 60s were crucial years. On the one hand, politicians to gain political leverage were whipping up communal passion. On the other hand, those fearing the “danger” that Ramgoolam represented to their economic and political interest, (Governor Donald Mackenzie-Kennedy writing to the Colonial office in 1945 referred to Ramgoolam as a “dangerous man”)  believed they could clip Ramgoolam’s wings by associating him with the communist ideology, a concept much dreaded like a deadly plague, by the British and Americans.

The event in British Guyana in 1953, where Dr Cheddi Jagan despite having won a thumping electoral victory was debarred from taking power by the British with US connivance, inspired the anti-Ramgoolam faction to try a similar experiment in Mauritius.

When Ramgoolam in the Legislative Council made  references to Marx and Lenin and praised countries that espoused communist causes and went so far as to express his admiration for the Mau Mau rebellion  which the British crushed with force in Kenya, the Colonial administration surprisingly raised no eye-brows.

Ramgoolam was likened to Jagan in the local press and to lead the campaign about his alleged communist connection, a Paris-based journalist, Noel Marrier d’Unienville (NMU), was hired by the newspaper Le Cernéen to do the hatchet job and crush the “communist conspiracy”. NMU began his mission by first calling Ramgoolam “l’homme de Kremlin” and then casting doubts in people with articles like the one which appeared on 30 November 1954 captioned “Le Dr Ramgoolam n’est-il pas Communiste ?” 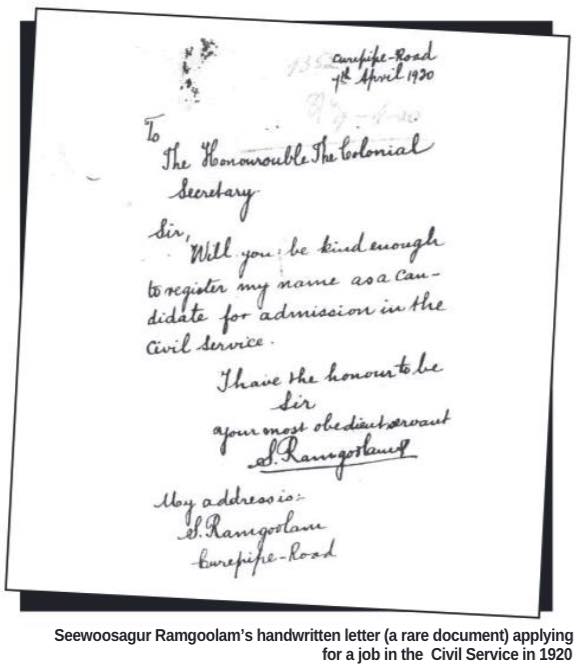 “Le danger est réel”, wrote Guy d’Arifat, a leading member of Le Ralliement.  Jules Koenig, who was treated no less than a “Bolcheviste” by a section of the oligarchy early in his political career, expressed alarm at the “Hindu Peril”, a term  famously coined by F.L. Morel, Editor of Le Radical in the 1930s.

Flexing his muscles, Ramgoolam responded to his detractors : “Your time is done. It is best you leave it to the rising proletariat to clean the Augean stable”. He cautioned them : “your skeleton is required for the museum of the future, so that posterity can realize what monsters you had been …”

But those strident campaigns hardly made any dent in Ramgoolam’s political image. The Colonial office still had trust in “Dr Ram” as his British friends used to call him.

By 1960, the communist hangover disappeared. NMU died in 1959. The focus shifted to how to stop the march towards independence which became an even more burning issue.

But with Ramgoolam, nobody could predict his course, for he was capable of swings and changes of mind as Raoul Rivet remarked way back in the 1940s.  As a ruthless political operator endowed, as Sir Gaëtan Duval said, with “manipulative skills”, Sir Seewoosagur Ramgoolam was not a bizarre character taken out from one of those old curiosity shops. More than anybody else, he dominated Mauritian politics in the last century. 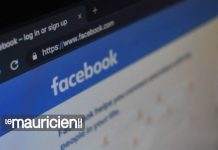 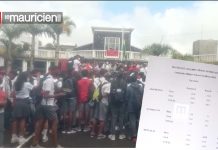 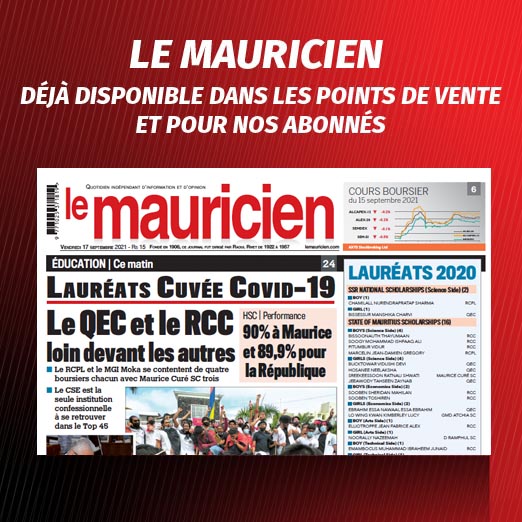