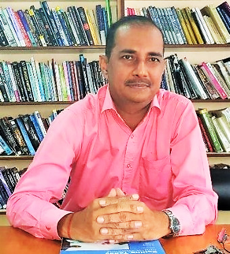 The Commonwealth Secretariat, Marlborough House, based in London, hosted on 25-26th February 2019 the Biennial conference on disaster risk reduction (DRR) for Small and Insular Developing States (SIDS).  It was a research conference with academic papers presented by some thirty participants from the Commonwealth countries on the challenging issue of disasters facing small countries and the means that stakeholders might develop to avert disaster risk and show resilience to such problems when they arise.  Research papers varied both in scope and content ranging from financial aspects to capacity building.  In today’s business environment that is characterised by information technology diffusion and the Internet of Things (IOT), it was common to see several intuitive reflections onto the use of information technology in DRR.

The Commonwealth comprises fifty-three nations including the United Kingdom among which most nations were formerly colonies of Great Britain.  Although many countries are nations with large populations like India, Nigeria or Kenya, the relatively large number of members comes from island nations that are scattered in the different oceans namely the Caribbean seas with countries like Jamaica, Trinidad and Tobago, the Pacific Ocean with islands like Fiji and Vanuatu and the Indian Ocean with Mauritius and the Seychelles as key members. All Commonwealth nations adopt English as their official language while vehicular languages could be French, Spanish and Creole. The Commonwealth represents an interesting blend of cultural and historical diversity while at the same time faces similar physical threats that are now looming with climate change across the globe.

This is the point where the Commonwealth Secretariat invited research papers from academics in member countries to address critical aspects of disasters and find out possibilities to approach them scientifically.  Technical papers were mostly linked with scientific means of averting risk through information technology while papers covering the social aspect addressed issues like micro-financing in disaster times through new financing derivatives as well as capacity building focusing on a human and pragmatic approach. A few aspects that shaped the Conference are explained in the forthcoming paragraphs.  This conference was hosted by the Secretary General of the Commonwealth, Her Excellency Patricia Scotland, along with distinguished scholars and advisers from the World Bank and the United Nations Office for Disaster Risk Reduction (UNISDR).

Disasters very quickly affect island nations that are vulnerable to threats. Too often, business people and common citizens are unable to recover from damages caused both to business and property.  In times of crisis, payback becomes difficult and cumbersome for people already physically and psychologically affected by material and human loss. The traditional insurance system remains persistent in obliging customers to repay their debts in such dire conditions and sometimes puts tougher conditions for debt financing.

Research papers were insightful in this area where references were made to countries deeply affected by disasters in a near past like Haiti, Dominica or island nations affected by the Indian Ocean tsunami in 2004.  The contribution of the Blockchain Management Institute was interesting seen from the low level of financial investment required from customers.  By reducing paperwork and administrative charges to a minimum while relying on blockchain data that constantly reviews and revises data for accuracy through algorithms, it was seen that premiums could be reduced by 90% for customers and that such payback could be done more rapidly and safely. It would be some sort of generative micro-financing enabling customers to seek insurance in more than one area while at the same time investing low premiums in the face of impending disasters and recouping finance for rebuilding following disasters.

The use of information technology as a mechanism to prepare citizens adequately in the face of disasters welcomed several contributions from researchers.  A paper discussed the use of sensors in rivers and flood-prone areas that could send messages to the community. Sensors would link agencies like the meteorological services and any community centre connected with the Internet and send signals to people to address danger.

There was also the need to develop alert systems by connecting mobile phone users with easy-to-use applications. The African youth, like its counterparts in all other nations, is now an avid user of mobile technology but, in contrast, has fewer aptitudes in using modern software applications. Basic information channelled through easily downloadable applications might provide information relating to the imminence of disasters, the magnitude of the threats for cyclones, droughts and related sinister including the first-hand precautions to be undertaken. The ideas were welcoming in that people now leave traditional media like newspapers, radio or television for applications that they currently use with mobile technology.

Although technical papers remained insightful in prospecting new areas and practices to reduce risk, the human approach was not underestimated.  Research papers in this scope focused on capacity building. Too often, the creation of capacity was developed from the top with government acting as a centralised organisation through a devolution of powers to the local communities. The top-down approach could be decried as threats might all too suddenly affect populations and create havoc when it comes to addressing the immediate needs of refugees.

It was debated that a bottom-up approach to DRR would be useful especially when such capacity is created and developed at the community level. The fact that teams are already developed at the local, cantonal or provincial level could be of major assistance both to the State and the citizens concerned because of the ability to address immediate solutions through staff available at hand. This comprised educators, social workers, the youth as well as security forces and health workers that could quickly meet certain pressing needs of inhabitants facing disasters.

The human approach was important and people in vulnerable situations were also considered in plenary sessions after the paper presentations. For instance, addressing needs for the elderly and children in disaster times was an imperative for agencies linked with disasters. Seen from examples like flooding in North Carolina or the earthquake in Christchurch, New Zealand, the human approach to quickly come to the rescue of people in danger was highlighted. Immediate threats might not be solved through technological devices if there were shortages in power or electrical system failure.  The human approach would be based on rudimentary means of coming to the rescue of citizens in danger. Acting immediately by working in groups, providing instant preliminary relief through first-aid and using simple alert mechanisms like sirens and flags that were earlier used could also save lives when danger was impending.

A moratorium for execution

One of the lead organisers of the conference, Professor Trivedi, Director of the Economic, Youth and Sustainable Development Directorate, welcomed the quality and depth regarding the contribution of the different presenters. Subsequently, similar conferences are held in different parts of the world with emerging thoughts on DRR. In a fast changing world more than ever exposed to natural disasters, the eminent scholar suggested a moratorium of two years for the execution of certain measures or resolutions brought forward by contributors to the conference.  This would enable the practical implementation of certain policies, and see that they are developed in the right way to positively address disasters. Selected contributions would be compiled in a resource book produced by the Commonwealth Secretariat.

P.S: The author contributed a paper and participated in the plenary session of this Biennial Commonwealth Conference on DRR. 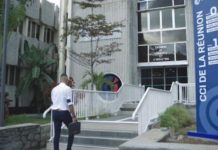