Governments around the world have been pulling out all the stops to fight the onslaught of the COVID-19 pandemic which continues to claim lives. As some countries are slowly emerging from this crisis, others are facing their worse ever health care woes in their history. We are now even talking about a second wave! 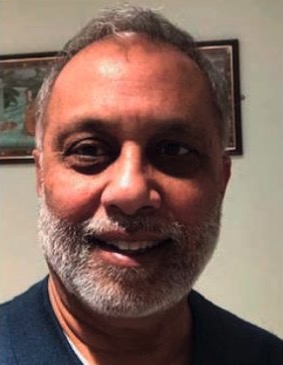 We have seen heroic acts of kindness around the world both by individuals and organisations, doing their utmost to help the vulnerable in our society. Key workers putting their lives at risk to care for those affected by this virus. Governments have been doing their part too. In order to avoid massive layoff by firms in the various sectors of industry, a number of schemes have been set up to protect jobs. However, they are meant to be short term, come at a huge cost and put enormous pressure on the public finances.

The ‘furlough scheme’ initiated by the Chancellor in England is due to end in October this year and was meant to be a stop gap. Experts from the National Institute of Economic and Social Research (NIESR) have warned that stopping it could be counter intuitive and that could lead to unemployment rising to more than 10% by the end of the year.

The last few months have been difficult, challenging and for some traumatic. We have had to adjust, make changes and adapt to the ‘new normal’. As people begin to see the return of some form of normality and start to ease into their day to day routine, we are now being hit with these bombshells, scandals relating to COVID-19 medical supplies procurement emerging in a number of countries.

The Organized Crime and Corruption Reporting Project (OCCRP) media platform has extensive coverage on these scandals. In Zimbabwe the Health Minister has been accused of dereliction of duty as a public servant, charged of illegally awarding a multimillion-dollar deal for COVID-19 testing kits, drugs and personal protective equipment to a shady company.

In Bosnia & Herzegovina, the Sarajevo Times reported a story about a Raspberry farmer contracted by the authorities to supply 100 medical ventilators for millions of euros which, currently is under investigation for allegation that the ventilators were overpriced. A publishing company and a tourist agency, new to the health sector are also being investigated for irregularities.

« We hear reports that no checks are made by some authorities on how their requests for medical products are produced and under what conditions. There are no ethical audit trail taking place, no financial due diligence and no quality control. This means they have no idea if children have been forced to work in terrible conditions in sweatshops, or indeed if the products are even tested to the standards they require until after they have been delivered. »

In Romania, investigative journalism site RISE Romania reported contract being given to a previously dormant company taken over by someone who previously worked for a Minister in the Government to purchase face masks and protective suits.

In Slovenia, OCCRP reported of a Minister and officials accused of meddling in the procurement of Personal Protective Equipment during the pandemic worth millions of euros. The Slovenian Centre for Investigation discovered that deals were conducted in a non-transparent one-day bid, in favour of an influential local businessman with no previous involvement in healthcare.

In England, the media platform Byline Times reported that tried and tested processes were temporarily overlooked by the authorities. Existing suppliers were ignored in the purchase of masks and personal protective equipment. Instead small and medium-sized business (SME) like PestFix, with no real history in the sector awarded a year-long contract of several millions.

It has come to light also of accounting scandals involving the Big four accounting firms that received major COVID-19 contracts without competition due to the relaxation and suspension of contracting provisions. One of the firms was used to assist with the setting up of testing facilities despite wide criticisms from health professionals and hospital bosses due to poor performance. Administrators in the health sector raised concerns at the speed work were being outsourced to consultants during the pandemic in particular concerning transparency around contracts and whether these organisations can deliver on time and to quality during a national emergency. 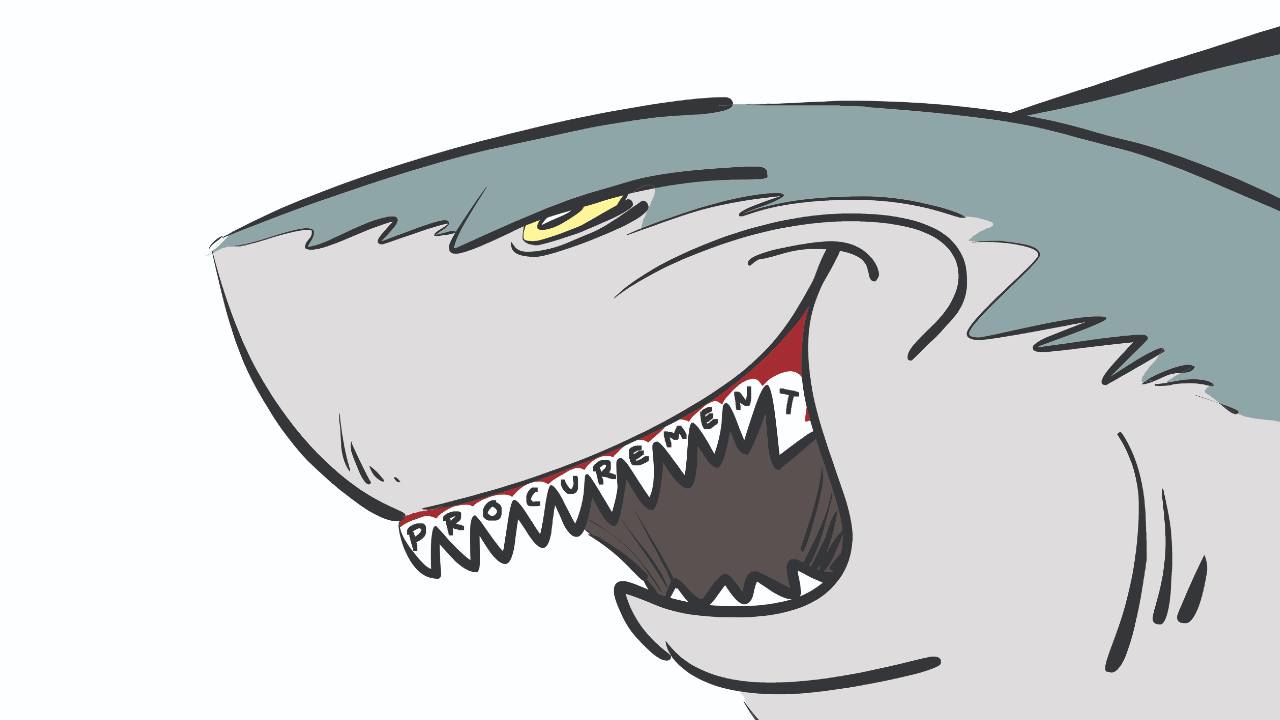 Under normal circumstances the Government would advertise contract above £10,000 via a fair and competitive tendering process and awarded based on the best value for money. It is then published within 30 days of the agreement, but due to the pandemic and the exceptional emergency situation these were not being followed, said a senior source at the Institute for Government think tank. Transparency International added that in times of crisis, transparency should remain a priority. They stated: “The longer public spending on COVID-19 remains opaque, the more concerned many will be that something’s being hidden from scrutiny. There must be full transparency over public procurement during this crisis.”

Recently, the allocation of government contracts has come under intense scrutiny. There have been reports of those with links to the authorities being given contract to supply personal protective equipment but with no or very little experience in the health sector. Byline Times, a media platform, reported on one such organisation, Ayanda Capital Limited, an offshore holding firm based in Mauritius which secured a multimillion pounds deal to supply face masks. It transpired that the company located in London, with five employees deals in currency trading, offshore property, private equity and trade financing, according to its website. The company’s links to the Government has been questioned and concerns raised with a senior board advisor of the organisation who also act as one of the advisors to the Board of Trade within the Department for International Trade.

Closer to home in Mauritius, the national tabloid newspapers reported a contract deal struck under the COVID-19 Emergency Procedures to a firm based in Spain to provide medical supplies worth more than 500 million rupees. Also reports of several small to medium size firms, like a jewellery shop and a hardware store being given contract worth millions. Some business entities have no experience in the health sector. The circumstances and manner in which the contract was allocated to the foreign company is unfolding by the minute. It is now for the appropriate law enforcement authorities to investigate whether there has been any lack of due diligence and any by-passing of procurement protocols regarding all cases coming to light. Hopefully, where there have been irregularities, misappropriation or misuse of public funds, if any, the authorities will take the necessary steps to bring the perpetrators to justice. This is yet another scandal to add to the tally.

A common theme has been emerging from these stories. Government authorities using COVID-19 Emergency Procedures to circumvent the rules and proper accountability. As the demand of medical supplies grew exponentially, authorities worldwide began to panic and started evoking this ‘emergency clause’ which permitted for the sourcing of medical supplies without formal tendering process.

These are unprecedented times, and desperate times require desperate measures. A lack of simple and ordinary everyday consumables in hospitals can put lives at risks. In a pandemic, it can have devastating consequences on the resilience and operation of the entire health care system. The shortages of breathing apparatus can have an even more iniquitous impact on lives. One can argue that in this current prevailing condition, public procurement regulations can be a hindrance and administrations get around procurement rules putting public interest first rather than ensuring probity and due diligence to the spending of tax-payers money. They can go direct to companies to source products. There are no procedures to follow, no red tape and authorities can react speedily in a national crisis. However, adoption of such a practice should only be a last resort. There should be clear and robust written explanations for its use, followed by a strict adherence to the different stages to be observed in the decision-making process, in terms of the type and calibre of contractors to be used, reliability and other specific requirements that ought to be succinctly documented and made available for scrutiny. These records would be invaluable should there be an audit of the procurement decisions made once the crisis is over.

The current crisis has shown that governments are under extreme pressure to secure supply of personal protective equipment, ventilators and other equipment for hospitals, often under speeded-up procedures, as the coronavirus pandemic spreads. This therefore has opened up new opportunities for abuse and corruption.

Loosening procurement rules by certain governments over the pandemic has opened up unconventional and questionable practices that have benefited a number of people close to government ministers and public officials. The cases coming up to scrutiny show the value and incredible importance of keeping a transparent audit trail during emergency situations, as any individual and organisation can claim to be a medical equipment supplier which opens the door for all manner of irregularities.

We hear reports that no checks are made by some authorities on how their requests for medical products are produced and under what conditions. There are no ethical audit trail taking place, no financial due diligence and no quality control. This means they have no idea if children have been forced to work in terrible conditions in sweatshops, or indeed if the products are even tested to the standards they require until after they have been delivered. This does not just waste public funds or tax-payers money but also puts lives in danger.

United Nations’ experts have warned countries that if they are not careful in tackling fraud and corruption when sourcing essential medicines and personal protective equipment in the fight against COVID-19, there could be violation of human rights and lives could be lost. GENEVA (9 July 2020). A UN Working Group on Business and Human Rights has been quite scathing in their report “Connecting the business and human rights and anti-corruption agendas” to the UN Human Rights Council recently. They stated that “If medicines are diverted because a bribe is paid, innocent people deprived of treatment could die”. The Working Group also called on governments to “act rigorously and in a more integrated way to ensure that companies are preventing corruption in business activities and ensuring respect for human rights.”

No doubt we shall see more stories coming out in the weeks and months to come as authorities start to question some of the methods and practices that have been used in the procurement of medical supplies and equipment during this crisis!