From among the many signs of God Almighty – referred to by the Muslim as: « Allah » which literally means such a Being Who has no associate, no partner – there is His exquisite love for mankind. That is why He sends prophets and reformers from time to time to consolidate His commandments, to reform the lives of people and to direct them to Him in all humility and with such a fear filled with intense respect and love for Him (i.e. Taqwa).

For all people/nations, God decreed fasting as a means of purification for them. With the advent of Islam, Muslims also received the commandment to fast. Fasting is beneficial to the body and the spiritual soul involved in each and every human being. When witnessing the month of Ramadan and complying with the commandment of God Almighty (Allah) to fast, the Muslims are in fact, if I may say so, signing a contract with Allah to let go of their past lives, which may have been filled with mistakes and sins, and to reform their lives in such a way that they get the intense joy of being Muslims in every facet of the word and meaning. The month of Ramadan gives them a second chance for a new beginning. In the life of a long-lived Muslim, he therefore gets many such “second chances” to shed away his past errors and to return to Allah repentant and as a new individual with the good intent to serve Allah in the best way possible.

Ramadan is an opportunity for him to reform himself, and to control his temporal desires, so when such a good-natured Muslim is really willing to reform himself with a true and repentant heart, Allah gives him the reward of such a Night which is known as “Laila-tul-Qadr”. The Lailat-ul-Qadr is the Night of Decree, and God Almighty beautifully describes it in this way in the Holy Quran:

Indeed, We sent the Quran down during the Night of Decree.

And what can make you know what is the Night of Decree?

The Night of Decree is better than a thousand months.

The angels and the Spirit descend therein by permission of their Lord for every matter.

Peace it is until the emergence of dawn. (Chapter 97 Al-Qadr).

First of all, God Almighty informs mankind and Muslims in particular that the Holy Book, the Quran – verse by verse of Divine revelations – were first sent down during the Holy Month of Ramadan and on this most special night therein.

Now if we look at the Laila-tul-Qadr (Night of Decree) in another perspective, outside of the Holy Month of Fasting (i.e. Ramadan), Muslims are also being informed of the great status of the Holy Prophet Muhammad (pbuh) who came in an era of complete spiritual darkness. Indeed, there is a Hadith narrated by the youngest wife of the Holy Prophet Muhammad (pbuh), Aisha (ra) on the character and life of the Holy Prophet (pbuh) who stated: “He was a personification of the Quran.” In other words, he was the Quran personified. His behaviour, character, his whole life was in sync with the divine commandments contained in the actual Holy Book of Allah, i.e. the Holy Quran.

By giving the Lailat-ul-Qadr to all devoted Muslims during the month of Ramadan, Allah is giving the chance to all of us to turn over a new leaf, to get the opportunity to realise our past mistakes and to take the resolution to mould our lives in pure Islam (i.e. submission to Allah). We shall be able to do that only by copying the high example of our blessed model and prophet, Hazrat Muhammad (pbuh). And if we want the angels and the Holy Spirit (Ruh’ul Quddus) to touch us with true dreams and inspirations, then we need to follow our great model and master, the Holy Prophet Muhammad (pbuh), so that his saying (Hadith) may apply to us, when he indeed said: “The dream of the believer is one of forty-sixth part of prophecy/ prophethood.”

Therefore, the Lailat-ul-Qadr is a harbinger for change so that the inner peace we need to transform our lives may come when we are truly Muslim in every way, when we are following all the commandments of God Almighty in the right way and with the right intention. And when such times come when Allah blesses each one of you with true dreams which materialise in your worldly and spiritual lives, then you shall be delighted to know that the Holy Prophet Muhammad (pbuh) has indeed said: “The most truthful of you are those with the truest dreams.” (Bukhari, Muslim).

May Allah bless each and every Muslim and help you in your inner struggle to reform yourselves and obey Him and may through this obedience and truthful efforts you receive the blessings of the Lailat-ul-Qadr and may you keep on prospering spiritually from then on. Insha-Allah, Ameen.

*pbuh – peace be upon him

* ra – May Allah be pleased with her 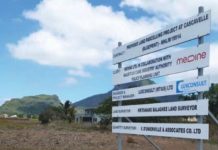 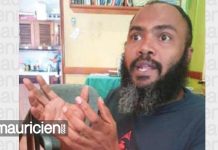 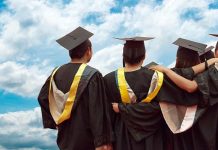