Following our desperate cries last year, to create awareness of the atrocities inhabitants of Magon Street go through during the last 2 weeks of December every year because of the noisy, ‘environment unfriendly’, intrusive, dangerous, invading, unhealthy marchands ambulants, who make of our residential streets their market area thus making us prisoners in our own homes, the Authorities passed the ball until the matter died out.
I’m happy to see that the topic, even if not same but similar, has come up again and now ; the authorities will have to find new creative ways and scape-goats to hide behind to pass on the blame again. It’s very obvious that the Government (or previous Governments) do not have what it takes to establish law and order or even respect the law.
Following the last article from the inhabitants of Magon Street in the Forum Page, the authorities said being aware there is a problem but we should disclose who we are…
However… it has been very interesting to read that the Roads Act does NOT allow the Municipality to close a road for such activities and thus preventing Magon Street to be used for its main purpose during the last two weeks of December is ILLEGAL. We have taken good note of this and should there be another “foire” at Magon Street this year, the 100 or so homes would be most happy to sue the Municipality to compensate us for all the problems.
We’re in October… it gives you ample time to find a solution to that “foire” at Magon Street and move the hawkers elsewhere where they don’t annoy us, lawful, tax paying citizens. Why not have these “marchands ambulants” in the Plaine Verte Gardens like it is the case throughout the year, instead of closing our roads ? Or at the Champ de Mars ? Or better still, have them all registered for taxes, licenses, VAT, provide them with a spot and NEVER allow them on the roads again ! 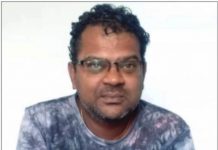