To the world at large, Mauritius has long claimed to be Africa’s entrepôt – harking back to its maritime past. In more recent times, it has aspired to be an « Innovation Hub » –  a perch from where entrepreneurs could comfortably experiment in sectors such as FinTech and Genetic Engineering under the protection of a “Regulatory Sandbox License »- before prising markets and business opportunities on the continent next door.

Some of it has worked, partly because successive governments have made ‘Doing Business’ and ’Governance’ a cornerstone of their investment promotion game. As gains from previously negotiated preferential trade agreements decline and the traditional sugar and manufacturing sectors stagnate, new businesses such as offshore banking and BPO have filled the resulting gaps – maintaining a generally upward growth.

Yet, returns from that kind of investment promotion effort are beginning to taper off.

It is not a result of competition from countries like Rwanda and Botswana that are increasingly targeting the same investment pool. Nor is it about its inability to catch up with the innovation strides that aggressive city-states like Singapore, HongKong or Dubai have made, but the public policy challenges that Mauritius is likely to face in dealing with Industry 4.0*. Unlike city states such as Dubai and Singapore run by autocratic governments, Mauritius is stuck in a democratic quicksand – hostage to various lobbies and pressure groups on whose votes it depends.

Take the case of Uber – a taxi hailing service and its aborted attempt at entering Mauritius – to illustrate. Weeks after it put out an advertisement to recruit a ‘Country Manager’ and an alleged approval from Ministry that followed, taxi drivers rose up in revolt; scuttling Uber’s plans at entering the taxi market even before the service could be launched. Such treatment of a technology lodestar stands in stark contrast to its ambitions as the ‘innovation test bed’. 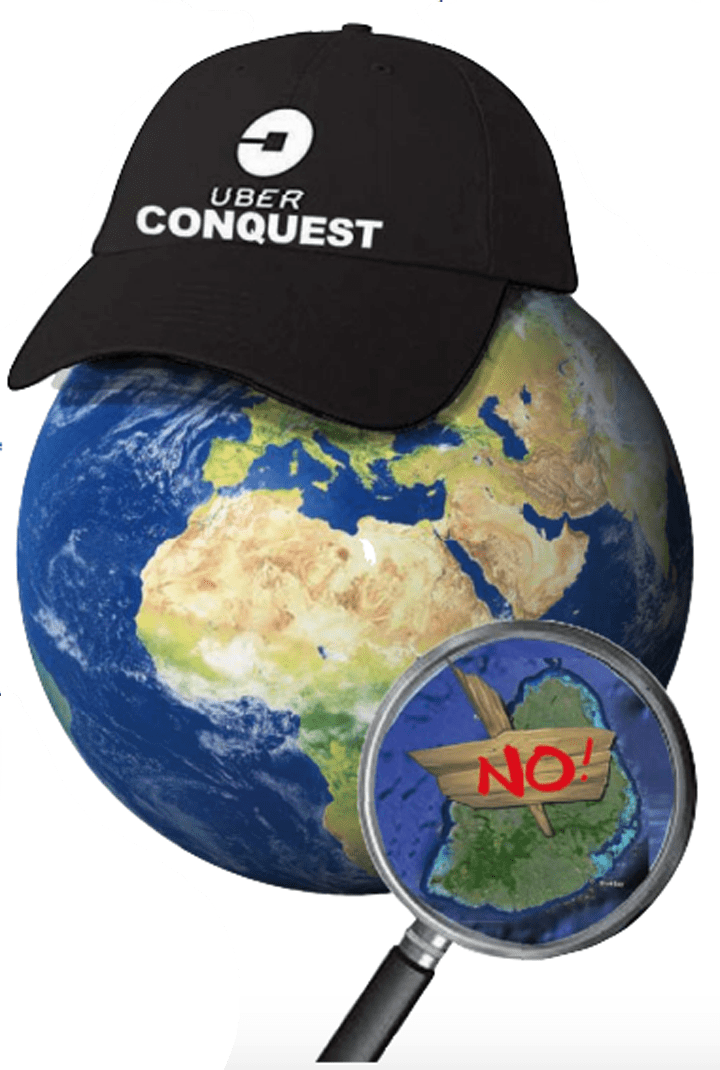 To be sure, Uber’s business model is not above board. It’s relationship with taxi drivers, has been clearly exploitative, despite the benefits of ‘sharing economy’ it promotes. Unlike AirBnB – a similar ‘sharing economy’ application that is taking away business from more organised ‘hotel’ rooms, taxi drivers are self-employed individuals whose independence it undermines and whose income it dictates. It also demands availability and a standard of service that individual taxi drivers can barely supply. Not surprisingly – from South Africa to India, participating drivers have been kidnapped and murdered to discourage Uber to operate. On top, recent research has disturbingly revealed that Uber service is responsible for increased congestion on road as Uber drivers idle to pick up passengers on demand.

Fears notwithstanding, the very idea of experimentation and innovation requires a kind of openness that presupposes the existence of an informed population which is not averse to risk taking and a government that is able to guide and coach them in  the process of disruptive change. While Uber may be shut out, there are many developments that are beyond the government and regulatory reach. It therefore wiser to adopt, adapt and succeed rather than refuse and fall back in the technology race. Forward looking reforms such as the “Regulatory Sand Box License  » are meant to envisage and deal with this kind of change and take advantage of new innovations. A sensible thing, for instance, could have been to ask Uber to run its service under a ‘taxi drivers co-operative’. To experiment how taxi drivers could improve their per km income using Uber’s path breaking technology while allowing fares to be reduced. That is the kind of engagement with global majors that Mauritius should seek. Innovation is as much about doing existing things differently as it is about doing altogether different things.

In America, Google is testing self driving cars for some time now. On other side of globe, in distant Singapore and Hong Kong, robots are beginning to serve coffee at restaurants – to human beings. Sex bots are fulfilling many unmet needs in China and Japan and bio-hackers are busy extending human life in Tel Aviv. At the MIT Labs, scientists are designing the ‘Moral Machine’ that will allow robots and intelligent self driving cars to deal with the ethical dilemmas and cultural preferences that human beings face.

Solving the taxi drivers problem is not difficult. It simply requires an Uber ban. But it is important for citizens to experience the services that local entrepreneurs of tomorrow may choose to similarly create and export – even if you forget about the foreigners for a while. Whether Mauritius will succeed in the Innovation Age will not be decided by which technologies it’s government will allow and which ones it will refuse. It will be decided by the readiness of its people to deal with disruptive change.

*Industry 4.0 is a term of recent origin used to describe the disruption in manufacturing and other services that technologies such as internet of things, big data, artificial intelligence, robotics and genetic engineering are helping to bring about.