Since early January, when it was confirmed by medical authorities, that SARS-CoV-2, causing the COVID-19 pandemic, is a novel virus, therefore unknown to the human immune system, the race for a vaccine was launched. The desperate need for a miracle vaccine is to prevent transmission of this coronavirus, held to be dangerous and highly infectious. The pandemic has already led to more than 10 million cases and 500 thousand deaths in over 200 countries (www.who.int). Drugs such as ‘Ramdesivir’ were tried, while ‘Hydroxychloroquine’ was involved in controversy until WHO decided to halt its use. It is expected that vaccination will save lives and restore the lost balance of the world by allowing the opening of borders and unlocking economies. About one hundred and fifty groups of virologists over the world have been working hard to find a vaccine as early as possible. After six months, which is a record time for developing an effective vaccine, some promising results have been reported by some institutions: Sinovac in China, Moderna in Massachusetts in the USA, University of Oxford and AstraZeneca in the UK and BioNTech of Mainz in Germany and Pfizer in New York City. These institutions have reached the final trial stage where the candidates for a vaccine are tested in large groups of volunteers. However, there are still many hurdles to cross before the vaccine once developed will reach people at large.

Recalling briefly some events about viruses and vaccines may help to understand the complexity of vaccination development in a pandemic situation. Although micro-organisms (viruses, bacteria, fungi) have existed in large numbers since very ancient times, the theory of viruses causing diseases developed only recently, about 200 years ago. Their role in causing infections was deciphered in laboratories with the help of microscopes by Louis Pasteur and Robert Koch, and their followers during the last quarter of the 19th century and early 20th century. More research showed that they exist in different shapes and sizes. Each group of viruses has its mode of transmission, by air such as in the case of influenza and the common cold, by ingestion of infected water causing cholera, or by vectors such anopheles female mosquitoes leading to malaria and dengue. Viruses such as HIV use the sexual route to cause AIDS, which can also be transmitted from mother to child at childbirth or during a blood transfusion. Once inside the body of the host, viruses using the cells of the body reproduce and cause infection. It has to be noted that each infectious disease is caused by a distinct type of virus, which can cause only that particular disease and no other. They have an incubation period, and some, such as flu, and HIV have a high rate of mutation.  It is also known that infectious diseases originate in animals and birds. At some point, animal pathogens jump to humans, and is transmitted from human to human, this is known as spillover. Previous outbreaks caused by coronaviruses, SARS 2003 and MERS 2013, are related to animals. An investigation is ongoing as far as the origin of Covid-19 is concerned. 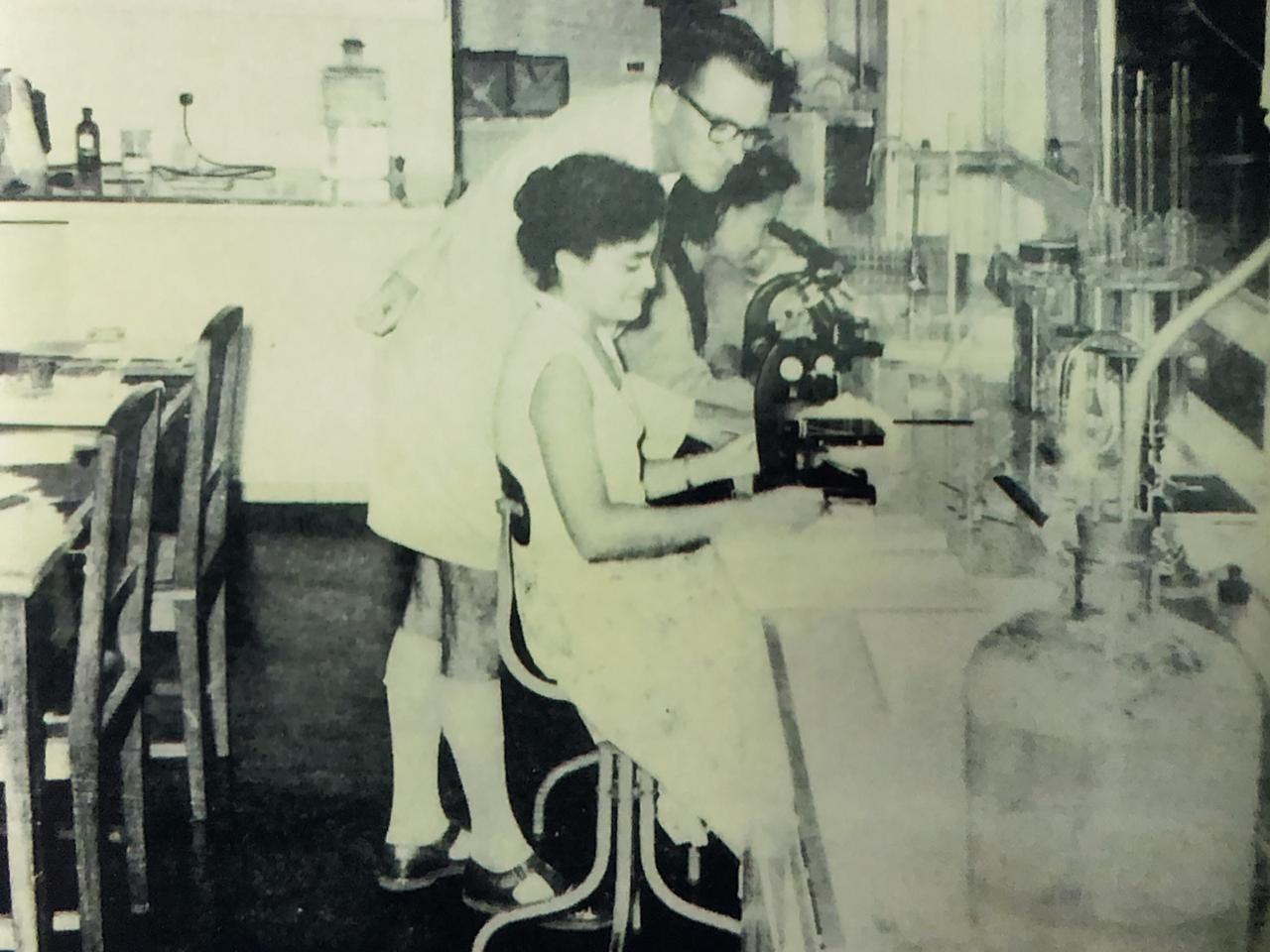 Pasteur and Koch were also the first to develop vaccines. Human bodies have defences that retaliate when there is an invasion by viruses, but they are helpless when there is a novel virus. The vaccine, according to the dictionary meaning, is ‘a harmless form of the germs that cause the disease,’ supposed to induce immunity and create antibodies to prevent a particular disease. Pasteur maintained the term ‘vaccine’, which in Latin means ‘poison of the cow’ and is related to cowpox. He kept that term in honour of Edward Jenner who, one century earlier, in the 1790s, made use of cowpox to treat smallpox, and his work inspired 19th-century scientists. The smallpox vaccine was introduced in Europe and beyond in a very short time. In the 20th century, micro-organisms causing influenza, cholera, plague, malaria, measles, polio, and, other infectious diseases were identified, and prophylactics, including antibiotics such as penicillin, were developed. Microbiology and related sciences made progress putting an end to age-old theories of diseases caused by miasma, the displeasure of gods, and evil forces!

After the Second World War, WHO launched vaccination campaigns against smallpox, polio, and measles. UNICEF has had a huge contribution to fighting childhood diseases. In 1974, WHO launched the Expanded Programme of Immunization to reinforce vaccination campaigns in developing countries. Smallpox was eradicated in 1980 in the world while Polio has disappeared everywhere except in two countries where vaccination campaigns have been difficult. However, it did not mean that the story of infectious disease had come to an end. Old infections such as T.B had become drug-resistant, new infections such as HIV and Ebola had emerged. Malaria is still a great killer disease. Already in 1996, WHO warned that infectious diseases represent ‘a world crisis.’ (WHO Health Report, 1996). During the last twenty years, new flu viruses started to circulate, H1N1 causing a pandemic in 2009. Variants of Coronaviruses have been active, SARS and MERS and the present one Covid-19.

Vaccination campaigns have contributed to the development of tropical countries. Since colonial times, governments became involved in public health. Mauritius received its first smallpox vaccine around 1800, and from Mauritius, doses of the smallpox vaccine were distributed to Reunion, Seychelles and Madagascar. Later, vaccination became mandatory and each child required a vaccination certificate to be admitted to a school. Smallpox disappeared in Mauritius in the early years of the 20th century. A bacteriological laboratory was set up in 1908 at Reduit, and this has to be noted, for about ten years vaccines for smallpox and typhoid were produced there. Polio hit Mauritius in 1945, at a time when no vaccine or any other treatment for that terrible disease existed. It is only in the mid-1950s that injection and oral forms of polio vaccines were produced in the US. Mauritius received both types of vaccines from South Africa after 1957, and extensive vaccination campaigns stopped the spread of this disease. The last case of polio in Mauritius was registered in 1967. After Independence, vaccination campaigns against smallpox, measles, polio, and other childhood diseases were maintained, with the support of WHO and UNICEF. The Reduit Laboratory was transferred to Candos in 1958 and named Central Health Laboratory. Apart from carrying out various tests, it has been the storage and distribution centre for vaccines.

Each time, a new virus becomes a threat and explodes into a pandemic, the complicated procedures of the development of a vaccine and its distribution are repeated. It also depends on the behaviour of the disease,which can become more violent, or decline and disappear. For example, ten years ago, the world faced the H1N1 2009 pandemic, which turned out to be less harmful than it had seemed at first, but the virus had already mutated by the time a vaccine was ready. Because of this tendency to mutate, new influenza vaccines are prepared yearly. Finding a safe and effective vaccine for a novel virus is always a race against time. A candidate for a vaccine goes through three stages of clinical development and trial, as it is at first tested with small and then large groups of volunteers, to check side effects and the right dosage to be administered. The follow-up consisting of data collection and precise monitoring can be time-consuming. In the meantime, so many questions are bothering people nowadays, such as when the vaccine will be available, how many doses will be produced and at what price it will be sold, or how the distribution will be made to reach people in every nook and corner of the world. It is also true for some particular reasons, groups of people in some countries are against all forms of vaccines. Yet, it is to be remembered that vaccination is the most cost-effective way of controlling infectious diseases, and during the last two centuries, vaccines have saved the lives of millions of people. In a recent post, WHO emphasized on the importance of COVAX Facility designed to accelerate the development and manufacture of Covid-19 vaccine and to guarantee its availability once developed. Seventy countries, including Mauritius, have already expressed their interest to benefit from that Facility. (WHO.int.news.14, 15 July 2020). According to WHO, from experience gained for nearly seventy-five years, the institution will be in a position to confront Covid-19, and ‘no one will be left out,’ they declare. 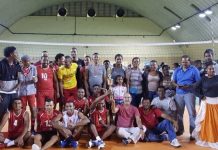