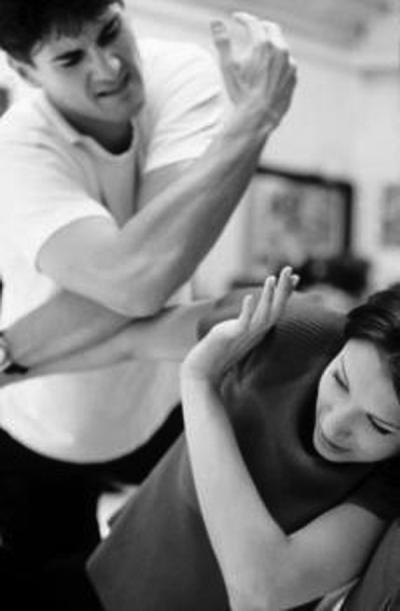 Look into their eyes and see fear in it. Call them and hear the voice of silence. Listen to their heartbeats, they may stop soon. These are the young girls and women who are victims of violence. If you want to save their lives, eliminate all forms of violence against them.
The UN General Assembly has designated 25th November as the International Day for the Elimination of Violence against Women. In many parts of the world, an intensive campaign culminating with Human Rights Day has started. The aim of this 16 days activism is to highlight the fact that women who are subjected to violence are deprived of their human rights. Violence in all its forms should be eliminated so that women can live a dignified life in all security. In Mauritius, rapes, sexual abuse and battering of women are common. Irrespective of their caste, class, status and religion, many women are for instance victims of domestic violence. However, only a few dare to denounce their oppressors. Lack of courage, fear of gossips and without family support, they find it difficult to talk about their trauma. In fact, in many families girls are taught since their childhood to be submissive. For years, they have been made to believe that they are weak, ignorant and devoid of any self-worth. They have thus accepted the culture of domination and violence within the family household as a fact. But, by accepting to be mentally and physically tortured, they have unfortunately not helped to put an end to violence against women. Are they to be blamed?
When the fear of violence grips you, you become paralysed. You lose your self-esteem and self-confidence. You feel powerless and devalued. Unless you are mentally strong and benefit from some kind of support, it will be difficult to denounce your oppressor especially if you share some emotional bond with the latter.  Hence, much emphasis needs to be laid on empowerment of the self so that the oppressed feel powerful. They can then view themselves as having the capacity to act for positive change. By becoming aware of their potentials, skills and talents, they can start valuing their own being and develop enough courage to condemn violent acts. Young girls and women should endeavour to become self-reliable, autonomous and knowledgeable beings so that they can know and protect their rights. Keeping silent and passively accepting that others use violence upon them is the greatest harm that they can do to their beings. Thus, women today should liberate themselves from the fear of violence and show their boldness. The fact that for years they have silently been bearing violent attacks shows that they are not weak but stronger than we can imagine. They have just to become aware of their strength, their sense of self-efficacy and the power inherent in them.
However, to fight for their cause, they need to be able to persuade men and women to work together. Is this possible? If it is, the obstacles cannot be easily counteracted. For instance, it is difficult to change the mindset of those who have been accustomed for years to a culture of domination and violence. For that, it is important to fight stereotypes and create awareness for peace. At the same time, both men and women need to put aside their ego and stop viewing each other’s as superiors and subordinates. What a tough job indeed! But let us be optimistic and imagine a world where men and women learn to resolve conflicts in a peaceful manner. They even unite their force and act together to condemn gender-based violence. If we can make that happen, it is possible to have a future where women’s security is not at stake. It does not matter how much in the beginning are committed to that cause but gradually the fervour to eliminate violence should grip more and more people. Building harmonious relationships, eliminating violence and working for peace should become everyone’s motto so that human rights are respected. In the Platform for Action at the United Nations Fourth World Conference in Beijing (1995) Governments have declared that ‘violence against women is an obstacle to the achievement of the objectives of equality, development and peace. Violence against women both violates and impairs or nullifies the enjoyment by women of their human rights and fundamental freedom.’ Hence, enhancing the security of women and protecting them against violence should be our prerogative. Women who are subjected to unfair treatments and violence need to have a right to joyful living.