job as a sociology lecturer in the early 70s. He was a senior colleague and he was a great support to me as this was my first job. It was not easy for me to teach at this level, especially since many of the students were much older than I was, and also some were in quite senior positions in the Civil Service. This was quite daunting! So, his support was very precious.

I must say that I was at first a little bit intimidated by him as he seemed so self-confident and knowledgeable. But after a short time, I realized that he was very human in spite of his stern appearance. I also discovered that he was endowed with humour and wit and used to crack jokes with colleagues in the staff tea room. I was impressed by his ability to interact with staff at all levels, from the messenger to senior academics.

He had very strong principles and would not tolerate any form of injustice or mistreatment of subordinates. He was a fierce fighter in committee rooms. It was difficult to oppose him as he was always so well prepared and went through all his papers so thoroughly and rigorously and had all rules and regulations at the tip of his fingers. He would also not let any misreporting go through in minutes of proceeding of meetings. He would fight tooth and nail until the minutes would be amended for the sake of greater accuracy. He was the terror of Central Administration !

It was because of his deep respect for ethics and  principles that he fought over so many issues.  He hated the bending of rules for the sake of convenience or worse still, for any form of favoritism resulting in any kind of injustice.

The forcefulness of his approach gave him the reputation of being a difficult person. Some people were quite terrified to attend meetings where they would have to oppose him on certain issues. This made interaction difficult sometimes and created an atmosphere of unease. But this was usually short-lived and relations would become normal again after a while. Another problem was that meetings would drag on for hours because of his numerous questions and interventions. His method had some inconvenience and could be intimidating.

But in this world of dwindling values of integrity and ethics we could have done with a couple of people like him. He stood up fearlessly for what he believed to be right.

He was a very dedicated teacher and was always well prepared for his classes. Students enjoyed his lectures. And colleagues benefited greatly from his vast knowledge of history and public administration. He used to be referred to as a walking encyclopedia.  He would often be seen carting big piles of books  from the library.

It is unfortunate that he did not have time to put on paper his vast knowledge. In those days, academics were just happy to read and do research and share with others without necessarily writing and publishing. Things have changed very dramatically now. There is now an obsession with publishing and copyright. And of course publication is now the main yardstick for academic promotion rather than teaching ability. He was an open book with resources anyone could tap from. He left us too early, at the age of 44. And if he had lived in this age of the Internet, he would have left behind much more for posterity. He was just happy to read, do research and share.

He was a very simple and modest person. Unlike most other colleagues, he never had a car. He travelled by public transport and also used to walk long distances. He enjoyed chatting to people in all walks of life and he was able to do this best by walking rather than sitting in a car.

He was at some point involved in politics with the PMSD when I was also involved with the MMM. These two parties were at daggers drawn during that period. But this never affected our relationship as colleagues and friends. We mutually respected each other’s political views.

There are many anecdotes I could relate. But a sad one that sticks to my mind even after more than 30 years is the day he left this world. I remember this painful day like it was yesterday. I was coming up the stairs of the Faculty that morning and met him at the top of the stairs. He was coming down with his file and we had a short conversation where he told me that he was going to Central Administration to fight an issue. I cannot remember what the issue was exactly. Anyway there was nothing unusual about that.  I walked to my office and a couple of minutes later, a colleague and friend Swalay Kasenally, called me to say that he had breathed his last just outside administration offices. This was a terrible shock to us all at the University and of course to his family as this was so unexpected and he was only 44.

He died young, but lived a very full and meaningful life. 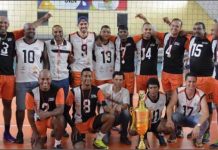 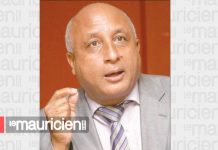